New Single Debuts at No. 42 on Billboard Country Radio Chart as Second Most Added with 62 First Week Stations 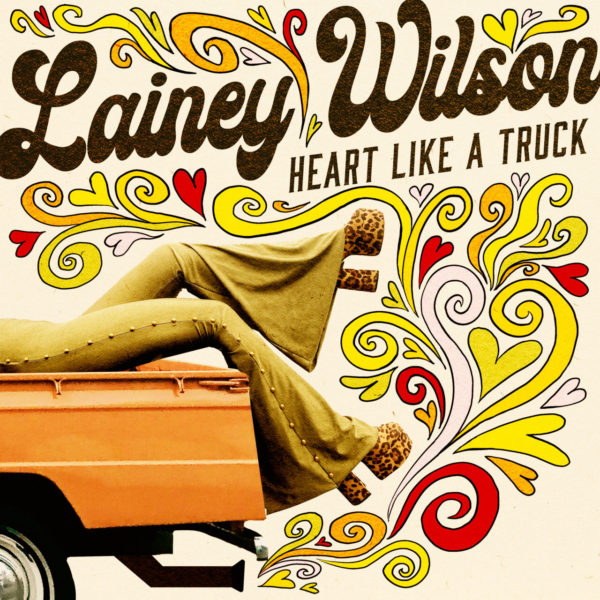 Following the Friday release of her new single, “Heart Like A Truck,” ACM New Female Artist of the Year and iHeartRadio Music Awards’ Best New Country Artist, Lainey Wilson, will perform the “as sturdy as its title” (Rolling Stone) new song tomorrow (May 24) on NBC’s TODAY and on Thursday (May 26) on The Tonight Show Starring Jimmy Fallon. The new single impacted today on Country radio, debuting as the second Most Added with 62 first week stations.

Along with the track, the “absolute star in the making” (Billboard) also shared the  music video for the new song. Entertainment Tonight shared an exclusive behind the scenes look at the making of the video.

Brilliantly written with self-awareness and clever metaphors, Lainey shares the semi-autobiographical and strong “Heart Like A Truck.” Produced by Jay Joyce and written by Lainey, Trannie Anderson and Dallas Wilson, the first single off her next album remains firmly in the spirit of Bell Bottom Country but shows the growth Lainey has experienced as a person, artist and songwriter since she wrote her critically-acclaimed Sayin’ What I’m Thinkin’ album which featured the ACM Song of the Year, “Things A Man Oughta Know.”

“Heart Like A Truck” is the follow up to her second No. 1, “Never Say Never” with Cole Swindell, which reigned supreme at the top of the Country radio charts for two weeks. Seen on Good Morning America, The Kelly Clarkson Show and CMT Music Awards (which was heralded as “the night’s top must watch performance” by the Tennessean), the single was Lainey’s biggest radio success to date. She earned her first No. 1 with her breakout award-winning hit, “Things A Man Oughta Know.” The single, which earned her the title of Billboard’s Top New Country Artist of 2021, appeared on her critically acclaimed album, Sayin’ What I’m Thinkin’ which debuted in 2021 to mass critical acclaim.

“Wilson’s voice has the kind of warm, weathered tone that makes a listener believe she’s lived every verse she sings — and in the song’s climax, she belts out the word “heart” with abandon, showcasing an instrument as powerful as it is intimate. This is an absolute star in the making.”—Billboard

“She’s one of the brightest young stars in mainstream country music right now, and this song already sounds like it has the potential to be another massive hit.” —Whiskey Riff

“It’s a ballad as sturdy as its title and it comes with a cinematic video.” —Rolling Stone

“It’s simply the kind of moment that arrests your attention and forces your head to the car stereo in awe.” —Taste of Country

“It’s a ballad with a pretty huge chorus, and if you’re into the tasteful country pop of Miranda Lambert’s new album, you might like this too.” —Brooklyn Vegan

“This song is proof of her soaring talent.”—Sweety High

“Once again proves Lainey Wilson’s staying power. Wilson is a once-in-a-lifetime artist and we’re just lucky enough to witness her rise to the top.”—Country Now

“This song is a thing of beauty” —Six Shooter Country

Fans can catch Lainey on the Ain’t Always the Cowboy Tour with Jon Pardi and Hailey Whitters tour this summer as well as select dates with Morgan Wallen and Luke Combs. For more information about the “bona fide redneck warrior princess” (Saving Country Music), visit www.laineywilson.com.