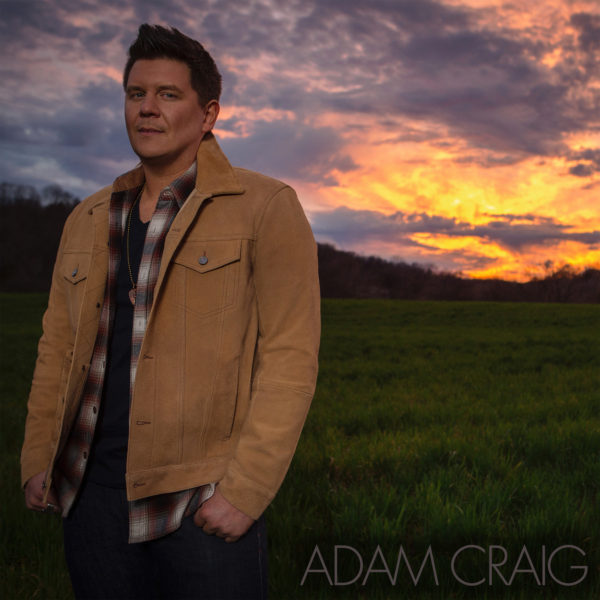 Stoney Creek Records recording artist Adam Craig will release two new songs this Friday, April 5th. Armed with a natural ability to place listeners into the story and make them feel something deeply, Adam transports listeners back to their glory days in a small town with “If You’re Lucky,” while the up-tempo barroom tune “Whatever You’re Drinking To” will have folks longing for a cold one. You can get the two new tracks at midnight Friday (EST) HERE.

The artist’s Top 40 single “Just a Phase” made an indelible mark on the Country format, propelling Rolling Stone to declare him a “blowtorch of a voice” and one of its “10 Country Artists You Need To Know” (Summer 2016). Showcasing his ability to write a heartbreaker in his soul-bearing debut single, “Reckon” and the heart-wrenching fan-favorite “Why Can’t She,” it is clear Adam is not afraid to show his sensitive side. His two new tunes however, showcase his story-telling talents in a new light.

“This is the first time that I’ve really met with publishers and got deep into the weeds in the new music process and it feels really good, I’m so excited to share this new music with the world,” said Adam. “The last couple of months I have been able to play these on the road and watching the crowd’s reaction has been amazing! They are so fun to perfom.”

Both produced by Michael Carter, “If You’re Lucky” was penned by Jessi Alexander and Chase McGill while “Whatever You’re Drinking To” was written by Adam, Matt Rogers and Michael Carter. Adam himself is also a celebrated songwriter having penned Parmalee’s Top 3 hit “Close Your Eyes,” and scored cuts by Jason Aldean (“Church Pew or Bar Stool”), Dustin Lynch (“World to Me”), Love & Theft (“Whiskey on My Breath”) and more.

This weekend Adam will perform his new music live at the ACM Lifting Lives Topgolf Tee-Off on Saturday in Las Vegas, in advance of the 54th Academy of Country Music Awards™, Country Music’s Party of the Year®. Click here for more details.

For tour dates and information about Adam, please visit: http://www.adamcraigofficial.com/