for the Energetic, Feel-Good Track “T-Shirt”

Catch Runaway June Out on the Road with Luke Bryan 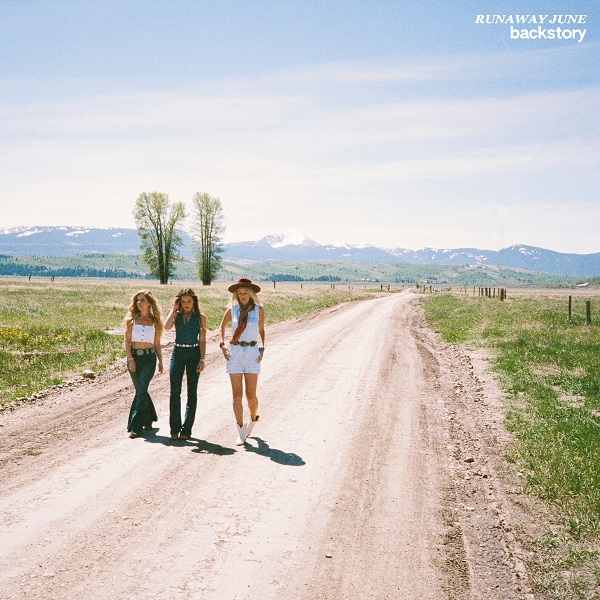 Billboard “Chartbreaker” Runaway June today releases their bright, rootsy new EP backstory. “One of the best new acts of the last half-decade” (Outsider), the trio’s blazing western edge is at the forefront. Propelled by their tenacious female empowerment attitude, the new project delivers on the high-energy, heart-pounding, bluegrass-drenched tracks fans expect from the “Next Women of Country” (CMT). Listen to backstory now HERE.

“We are thrilled to be putting out this group of songs,” says the trio. “Each song is a different type of break-up, and we felt like it was important to explore some of the trial and error it takes to find the right relationship. We want everyone to feel like they’re not alone!”

Loaded with intoxicating vocals, seamlessly rich harmonies and a fervent western-rooted sound, the triad of new songs prove “Runaway June is on the right track…running away with success” (Outsider), while Sounds Like Nashville solidifies that, betting “these songs are bound to sound amazing.”

With the ladies, Naomi Cooke, Natalie Stovall and Jennifer Wayne, now married, backstory — produced by Dann Huff and Mark Trussell — weaves the tale of where it all begins, before finding a happily ever after.

Opening with the fiery fiddle-infused head-banger, “Forgot About That” romanticizes all the good memories that surface when you run into your ex, refusing to remember what led to the relationship’s downfall. Getting caught up in the moment, the lively, relatable track hits on the embarrassing truth of “heartbreak amnesia.”

The chillingly smooth ballad “Down The Middle” confesses to the realistic emotions felt after a gut-wrenching breakup, when there’s nothing you can do to relieve the pain because a “heart doesn’t break down the middle,” and there’s no quick fix.

The breezy, up-tempo, good riddance track, “T-Shirt,” rounds out the project. Inspired by Shania Twain, our heroine triumphs over her past, refusing to return to a dead-end relationship, whimsically sounding off that she’s “been there, done that, got the t-shirt.”

Watch the visualizer for the uplifting song HERE.

Runaway June’s backstory is out now from BBR Music Group / Wheelhouse Records. Currently out on the road with Luke Bryan for his 2021 “Proud To Be Right Here” Tour, view all of their tour dates HERE.