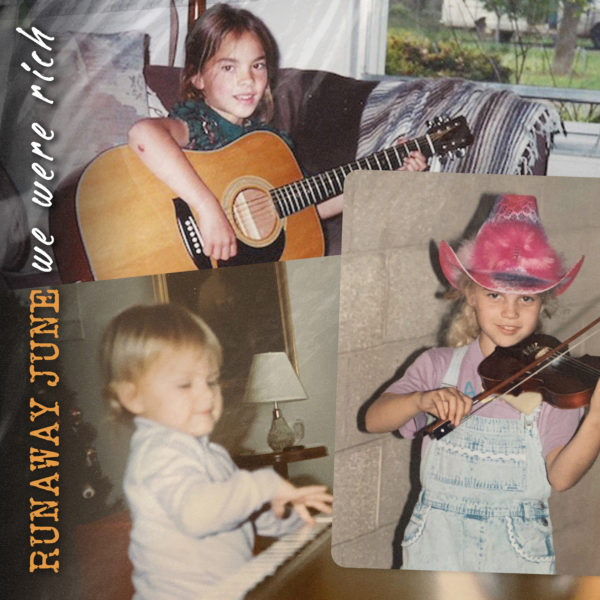 Nashville, TN – June 29, 2020 – Trio Runaway June was second most added today behind superstar Eric Church at Country radio with brand-new single “We Were Rich.”  Released on Wheelhouse Records, this single is an ode to realizing the happiness that money cannot buy. This single comes shortly after the addition of Country powerhouse Natalie Stovall to Runaway June. Last week the trio released this new version of “We Were Rich” that includes Natalie’s impressive fiddle skills along with her background vocals. The trio also announced they will still be part of Luke Bryan’s Proud To Be Right Here Tour that is now rescheduled until 2021.

Available everywhere digitally now, this single immediately triggers a warm sense of nostalgia. “We Were Rich” takes the listener back to those backyard barbecues sipping fresh lemonade between a game of tag with family and neighbors. This up-tempo heel-tapper reminds the listener of simpler times when it didn’t take all the bell and whistles to feel rich. It is an even better reminder during this time of chaos in the world that it is the little things in life that matter most. “We Were Rich” is probably our favorite song on the record and it’s been a long time coming, this one being a single,” says Naomi Cooke of Runaway June. “We are so excited to finally be able to say that. It is a song about your childhood or your adolescence. It’s nostalgia reminiscing about back before you knew anything was wrong in the world, back before when you thought you had it all.”

According to The Boot, the single is “The trio’s best single to date is warm and inviting, if just a little poignant.” Their new single “We Were Rich” comes shortly after the trio made history with their record breaking single “Buy My Own Drinks” which marked the first time a female trio has broken into the top five on the Mediabase Country chart since The Chicks in 2003.

Tickets and information for Runaway June’s 2021 dates on Luke Bryan’s Proud To Be Right Here Tour can be found here.