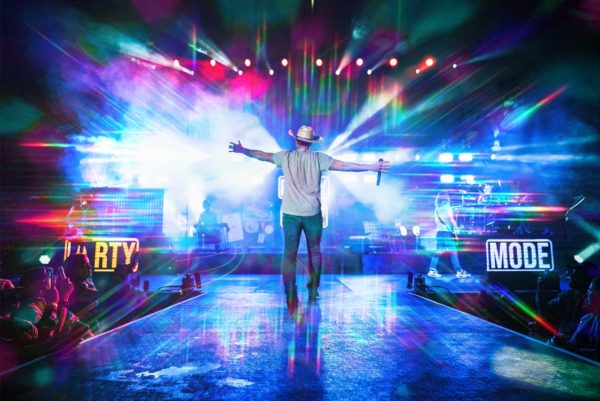 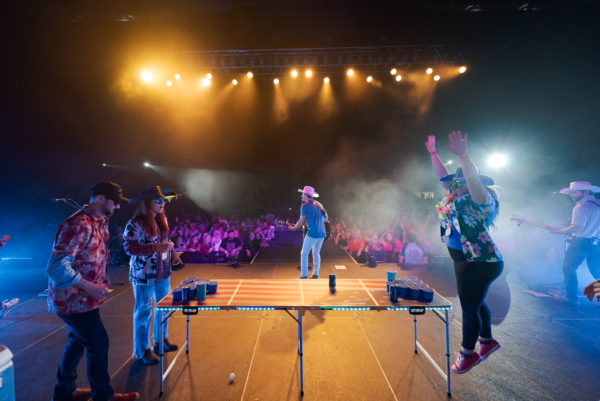 Broken Bow Records star Dustin Lynch is turning the stage into the ultimate house party, as his PARTY MODE TOUR continues tonight (4/7) after kicking into high gear last weekend to a rowdy crowd. Celebrating 92.3 WCOL’s Birthday Bash (4/1) at Celeste Center in Columbus, OH, and pumping up a SOLD-OUT 1st Summit Arena @ Cambria County War Memorial (4/2) in Johnstown, PA, the life of the party is bringing all the good times with support from special guest Sean Stemaly.

“The kickoff to the PARTY MODE TOUR was exactly what we wanted it to be – pure chaos but in the best way!” shares Lynch. “We’re keeping it rowdy and hope to put a smile on your face! This is unlike anything we’ve ever done, and I can promise you’re going to see some things that you’ve never seen at my show before! Come on out y’all, and let’s party!”

Getting the party started early last month with back-to-back SOLD-OUT appearances at iconic Texas venues Gruene Hall in New Braunfels (3/17) and Billy Bob’s Texas in Fort Worth (3/18), Lynch has dialed up his high-energy production to full-on “Party Mode” for this 17-city run. Serving it extra strong with cans-up freedom, he invites fans along for the party – whether it’s with a fully stocked bar onstage that’s complete with a margarita machine; taking beers in a backpack to guests in the back; or welcoming fans to the stage for beer pong.

With E! News hailing, “Dustin Lynch’s New Music Will Have You Embracing the Party 24/7,” he is amping his setlist with songs from his fifth studio album, BLUE IN THE SKY, such as “Party Mode” – his fastest-rising single at Country radio, “Stars Like Confetti,” and red-hot collaborations “Huntin’ Land (feat. Riley Green),” “Tequila On A Boat (feat. Chris Lane),” and PLATINUM, six-week No. 1 “Thinking ‘Bout You (feat. MacKenzie Porter).” On Monday (4/11), Lynch is a presenter at the 2022 CMT MUSIC AWARDS and nominated with Porter for Collaborative Video of the Year with “Thinking ‘Bout You.” Airing live from Nashville, TN, fans can tune in at 8-11 p.m. LIVE ET/delayed PT on the CBS Television Network and Paramount+.

Shaking up his bold headliner status, Lynch’s PARTY MODE TOUR sets the mainstay entertainer loose on arena-sized crowds nationwide through May. Since his 2012 breakout, the Grand Ole Opry member has played to over 3 MILLION fans across three headline treks and has also toured with Country’s biggest names like Luke Bryan, Florida Georgia Line, and Brad Paisley. With his next stops this week including Five Flags Center in Dubuque, IA, tonight (4/7), The Factory at the District in St. Louis, MO, tomorrow (4/8), and The Louisville Palace in Louisville, KY, on Saturday (4/9), find full ticketing information at DustinLynchMusic.com.