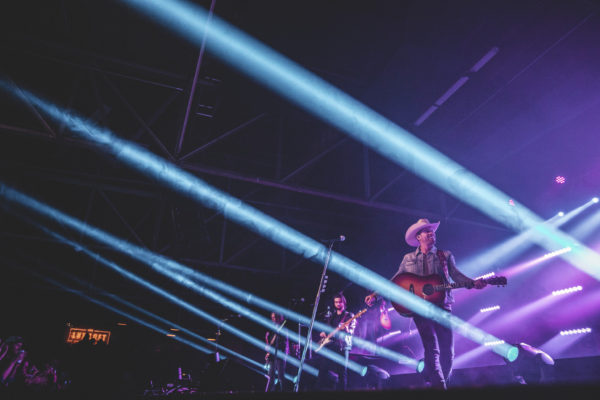 Friends, family, Tullahoma locals and Nashville industry pros alike were all in attendance to help ring in the release, and watch as Lynch debuted his hard-charged, 90-minute headline set, soon to hit the road on his STAY COUNTRY TOUR 2020. Entertaining the crowd, the hitmaker brought career-building chart-toppers like “Where It’s At,” “Seein’ Red,” and “Small Town Boy” alongside brand-new early fan favorites off of TULLAHOMA; earworms like “Thinking ‘Bout You,” “Momma’s House,” and “The World Ain’t Yours And Mine.”

Capping off the night, Lynch was surprised by Broken Bow Records EVP Jon Loba with a plaque commemorating 7 #1 singles and all of his career success to date. The star toasted to his achievements, and his raved-about new release, simply:

“I’m so grateful. I clearly didn’t know this was going to happen, but I’m so thankful to you all, to have you along for this ride,” Lynch said to the wall-to-wall crowd. “We started this journey when we released ‘Cowboys and Angels’ 8 years and 1 day ago — 8 years and 1 day later, this is a pretty cool way to celebrate.”

Up next, Lynch launches a bi-coastal media blitz with a run of New York City press this week, kick-started by a performance of his newly-minted 7th #1 single, “Ridin’ Roads,” on ABC’s Good Morning America tomorrow, January 21. Later that night, Lynch will toast to TULLAHOMA again, this time at New York’s iHeart Radio Theater for his official iHeartCountry Album Release Party.

Later this month, Lynch takes TULLAHOMA nationwide with the start of his headlining STAY COUNTRY TOUR 2020 in Detroit (1/30). Travis Denning will open the 15 date trek, before Lynch supports Old Dominion on their summer WE ARE OLD DOMINION TOUR.