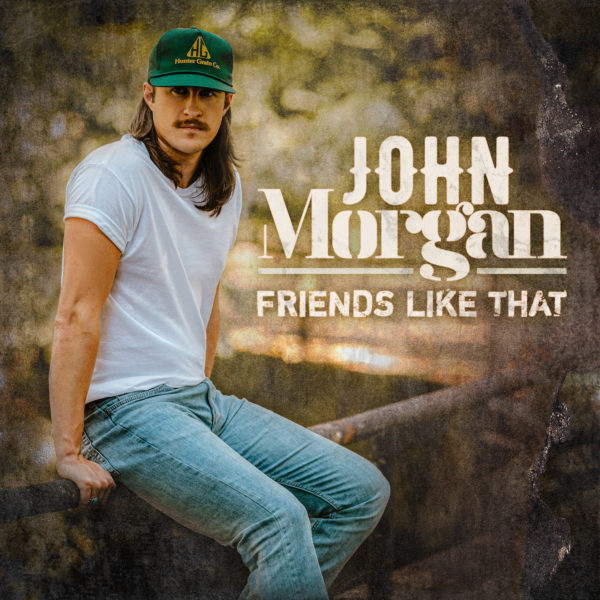 Currently on superstar Jason Aldean’s Rock-N-Roll Cowboy Tour, “Friends Like That” pivots from Morgan’s typical sad boy Country catalog, and instead buoyantly brags on a guy who isn’t even thinking about his ex ‘cause he’s got friends like Jack and Willie keeping him company.

“The North Carolina native’s journey to stardom…” (Music Mayhem) began as a chance encounter. Now, “…achieving songwriter success this early in his career…” (Taste of Country), he’s fueling that fire by becoming an even more prolific songwriter – churning out hit songs write after write, earning 8 cuts on Aldean’s latest double album Macon, Georgia along with two back-to-back No. 1s with “If I Didn’t Love You” and “Trouble With A Heartbreak” – as well as continuously hitting the road, playing sold-out amphitheaters and arenas with his mentor Jason Aldean.

“Morgan is standing apart from the rest of the Country crowd as he brings a more traditional Country flair to the Pop-Country sounds of today’s genre” (Songwriter Universe). And his rising star doesn’t stop there, as he most recently competed on NBC’s American Song Contest, with Billboard applauding that the show “…unearthed a future star from North Carolina who has been writing in the shadows in Nashville.”

Finally releasing a party starter, “Friends Like That” follows Morgan’s previously released heartbreak anthems “Good With Goodbye,” “Right In The Middle” and his debut track “Coldest Beer In Town.”

John Morgan’s “Friends Like That” is available now. For more information and to see all of his upcoming tour dates, visit: www.JohnMorganMusic.com.