“I am elated to have the video for ‘Slide’ out in the world today,” says Merlo. “The director, Preston Leatherman, captured the essence and joy of the song perfectly. It features incredible skate performers, some good friends, and even my dog, Ellie. We had the vision for the video while creating the song, so it’s extra special to have that vision come to life today!” 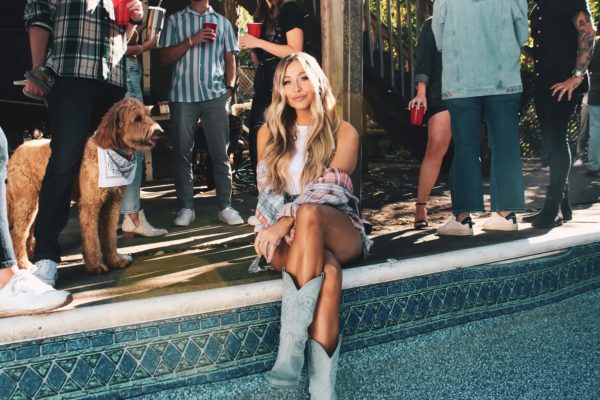 “NBC’s Songland winner is celebrating the release of her four-track EP with powerful female stories. If there’s one song you listen to, make sure it’s the playful title track co-written by Sam Hunt.” – E! News on “Slide”

The award-winning songwriter “has long made a career by telling big emotional stories in the span of 3 minute or so songs” (American Songwriter). The title track “Slide” – written by Merlo, Sam Hunt, Zach Crowell and Jerry Flowers (Jason Aldean, Billy Currington, Sam Hunt) – was originally a song Hunt was writing for himself. As the song developed though, Hunt and Crowell knew the song would be better suited for a female artist, and Madeline was invited into the writer’s room to finish the playful tune.