2019 CMT Music Awards Nominee for Duo of the Year 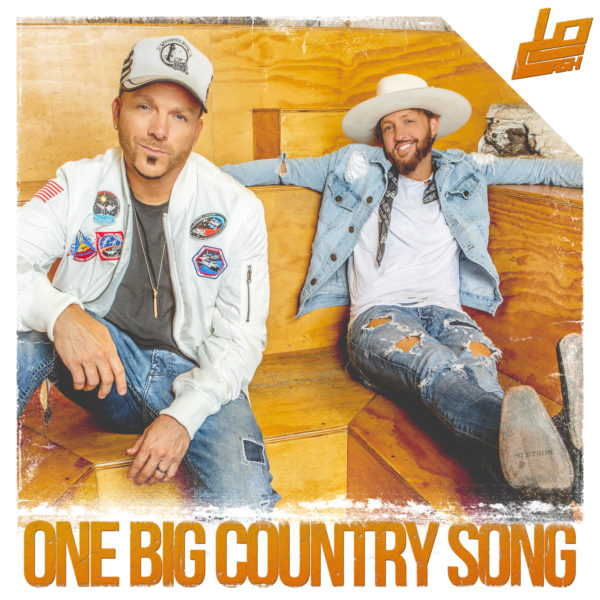 Written by Jesse Frasure, Ashley Gorley, Michael Hardy and produced by Corey Crowder and Florida Georgia Line’s Tyler Hubbard, “One Big Country Song” is the lead track off the pair’s latest album, Brothers. The album was named not only after the undeniable bond the closer-than-kin twosome share but the worldly message that “we’re all brothers and sisters.” The up tempo “One Big Country Song” echoes that sentiment with a neighborly sentiment and feel-good messaging that reminds folks of our similarities and “opens its arms wide, something some country songs don’t” (AP).

“’One Big Country Song’ has become one of my favorites off the album,” said Chris Lucas of LOCASH. “Mid-show one day I randomly decided we should try it out live. From that moment on, I was hooked—it’s so much fun to perform and you can tell from the stage, it just sparks something in people.”

“We love Country music because it has such a natural way of bringing people together and bringing joy to people’s lives—I feel like this song has the ability to do that and I want to thank Country Radio and all of the fans for believing in it too,” said Preston Brust. “I don’t think we’ve ever charted this quickly so this is a pretty cool moment for us. Can’t thank y’all enough.”

Brothers, (released March of this year) is Preston Brust and Chris Lucas’ first project with their new label family, Wheelhouse Records/BBR Music Group. Listeners got their first taste of the duo’s feel-good project with the fall release of its Top 25 hit, “Feels Like a Party,” which debuted at Country radio as #1 Most Added and earned LOCASH a nomination for the 2019 CMT Music Awards for Duo Video of the Year. Vote for them here.

LOCASH recently wrapped their appearances on the inaugural Pepsi Tailgate Tour where they performed live in conjunction with some of the biggest NFL and college matchups across the country (including the Super Bowl).This summer the “separated at birth singing partners” (Rolling Stone) will be hitting the road, supporting Chris Young’s Raised on Country Tour and Rascal Flatts’ Summer Playlist Tour as well as performing at a series of festivals across the country plus multiple CM Fest performances including the festival’s Chevy Riverfront Stage.