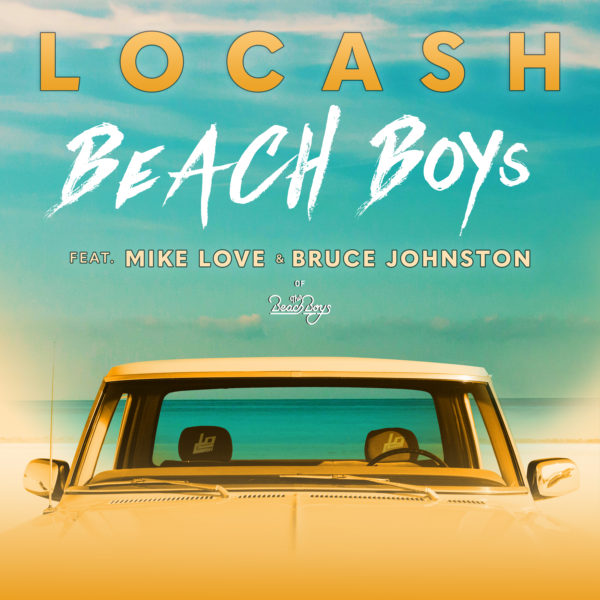 BBR Music Group/BMG’s Wheelhouse Records’ rowdy outliers LOCASH are “gonna drive until the map turns blue” on their next single, “Beach Boys,” featuring The Beach Boys’ co-founder Mike Love and longtime band member Bruce Johnston. Ahead of its March 4 release, the legendary musicians invited LOCASH to join them on stage Sunday night (2/6) at their sold-out show at the Ryman Auditorium in Nashville, TN, to debut the windows-down anthem.

“The day we wrote ‘Beach Boys,’ I remember Chris [Lucas] and I dreaming of recording it with The Beach Boys,” shares LOCASH’s Preston Brust. “We never imagined that they’d hear it, let alone get the chance to lay down our parts with Mike [Love] and Bruce [Johnston] and actually feel like we were a part of a group that we’ve idolized for so long! It’s crazy how it all became a reality and now the fun really begins!”

Incorporating one of American music’s most classic “I Get Around” hooks, the pair originally released “Beach Boys” as a solo version on their Woods & Water EP – as spotted in American Songwriter, Billboard, E! News, and Entertainment Tonight, among others – before connecting with the icons. Written by LOCASH’s Chris Lucas and Preston Brust, alongside Dallas Wilson, Jared Mullins, Brian Wilson, and Mike Love, the sunny, go with the flow melodies and breezy vocal harmonies has all of the salt-kissed, Country Rocking meets Surf Rock energy of The Beach Boys mixed with LOCASH’s signature backwoods style.

“We had a blast collaborating with Chris [Lucas] and Preston [Brust] of LOCASH!” said The Beach Boys’ Mike Love. “The song is so hooky – I can’t get it out of my head. I love mixing it up! Country Rock met surf rock and created a fun summer hit!”

“We’re so excited to hit the road for the Woods & Water Tour,” adds LOCASH. “These new songs mean so much to us and we are honored to be able to share them with the best fans out there! The moment is finally here and we’re pumped to soak up every second! Get ready!”