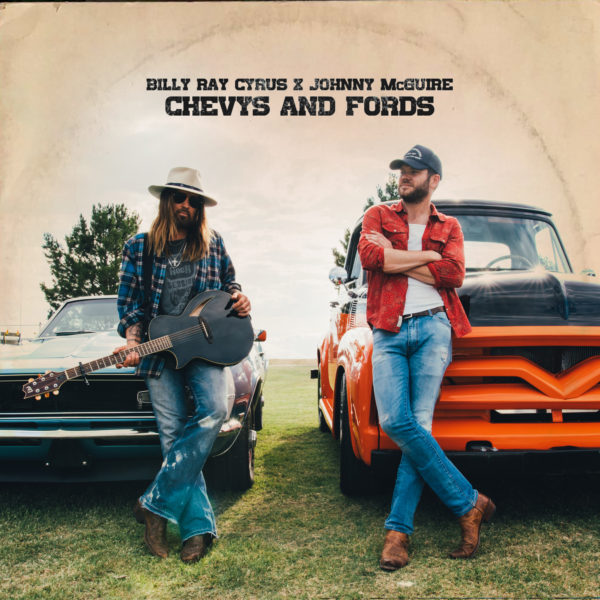 Singer-songwriter and global superstar Billy Ray Cyrus is at it again as the Flatwoods, Kentucky native teams up with another emerging artist, Johnny McGuire, on their retrospective new single, “Chevys and Fords,” available today.

“No matter how you slice it, I’m still Billy Ray Cyrus from Flatwoods, Kentucky and I love country music. And I love a great country song. This is such a full circle moment. It’s like starting a new band. I’m so gratetful and humbled just to be here,” said Cyrus.

McGuire added, “Billy Ray is a living legend and I’m so honored to be able to work on this project with him. His support has been incredible and I’m so grateful.”

Always a storyteller, Cyrus compliments McGuire’s distinctive vocals with lyrics that capture the essence of youth, freedom and American pride:

They were red, white and rusty
All dented up and dusty
They were sitting in that church parking lot every Sunday
Out in front of the bars
Or parked under the stars
With a girl in your arms
Who don’t want nothin’ more
Than a guy from a long line of Chevys and Fords