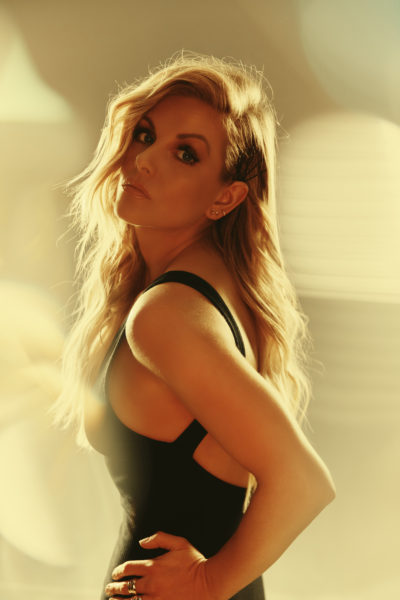 Nashville, TN – (July 13, 2020) – Lindsay Ell was #1 most-added today at Country radio with her glowing new single “wAnt me back.” Released on Stoney Creek Records, Ell co-wrote this single with award-winning Country star Kane Brown along with acclaimed writers Matt McGinn and Lindsay Rimes. Listen to “wAnt me back” here.

“I’m so happy by the reaction from fans and Country radio for the release of ‘wAnt me back,’” says Ell. “I feel like anyone can relate to this song by thinking back to after that one relationship in high school or college when you felt like you gained a whole newfound confidence. I can’t thank Kane, Matt and Lindsay enough for co-writing it with me, and am honored to be Kane’s first outside cut.”

Available everywhere digitally now, “wAnt me back” is from her highly anticipated sophomore album, heart theory out August 14. “I love watching people step into their own power,” says Ell. “It is one of the most inspiring moments to watch someone finally see their full potential.” Preaching confidently on reclaiming power lost, the song explains a tale as old as time of the lack of appreciation of someone until they’re gone.

Ell has already received impressive reviews on new single “wAnt me back”:

“The right song at the right time.” – Taste of Country

“Lindsay Ell is leading the way with her new single.” – CMT.com

Shortly after the announce of her sophomore album heart theory, Ell revealed the launch of her charitable fund called the Make You Movement. heart theory is centered around the seven stages of grief, and this movement is named after her song “make you” that is about Ell’s experience with sexual abuse when she was 13. Ell has committed to donate all her proceeds from “make you” to the Make You Movement. The first partner organization receiving funds from Make You Movement will be The Rape, Abuse & Incest National Network (RAINN), which is the United States’ largest anti-sexual violence organization.