Stella Rosa® Future Is Female Presents: Lainey Wilson’s Country With a Flare Tour to Kick Off on January 4th 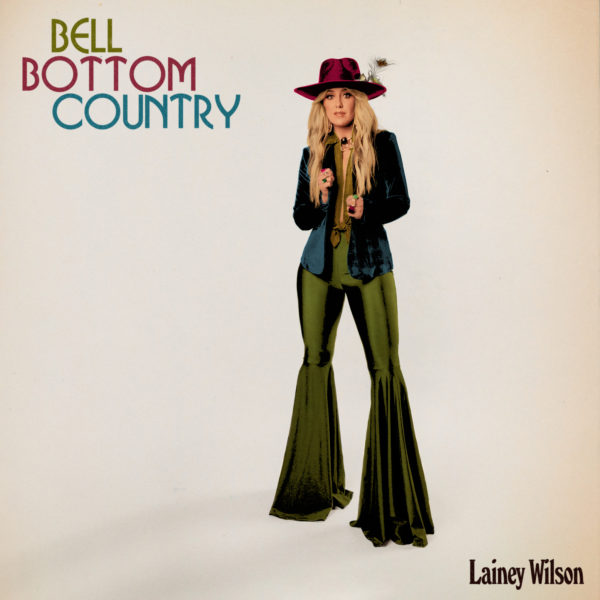 Bell Bottom Country draws its name directly from the moniker people use to describe the Louisiana native’s unique sound, style, and aesthetic — it’s Country, but with flare. The highly anticipated album reflects Lainey’s depth and multifaceted character with elements of ‘70s Rock, Funk, and Soul, but remains Country to the core. The album features 14 tracks (all of which she co-wrote, except one cover), including her latest release, “Live Off,” as well as “Watermelon Moonshine,” and current single “Heart Like a Truck,” which is approaching Top 20 on the Country radio charts and climbing. Throughout the album, Lainey reveals her dynamism and makeup as a woman who is vulnerable, empowering, and above all else, real. While just as authentic as her critically acclaimed breakout album Sayin’ What I’m Thinkin’, Bell Bottom Country displays Lainey’s immeasurable growth as person, artist, and songwriter.

“This past year has been such a roller coaster – it’s truly been one of the most rewarding and challenging of my career. We’ve worked so hard on this album, and I’m so proud of it,” Lainey said. “I can’t wait to headline my first tour next year and play all my new music across the country.”

On January 4, 2023, Lainey will embark on the Country with a Flare Tour, presented by Stella Rosa® Future Is Female. The 27-city trek will kick off in Spokane, WA, with later stops at Irving Plaza in New York City and Brooklyn Bowl in Nashville, before concluding in Columbus, OH on March 31st. Joining her on tour will be buzzed about newcomer Ben Chapman as well as Meg McRee and Leah Blevins on select dates. This will be Lainey’s first headline tour.

Stella Rosa® Future Is Female is a music series consisting of national tours and special one-off events that showcase and Stellabrate the brightest new female voices across various music genres. Debuting in 2023 with Lainey Wilson, Stella Rosa Future Is Female® was created by veteran live event producers, Idol Roc Entertainment (Outbreak Tour, Up & Up College Festival Series, $50k Charity Challenge) in an effort to help support and advance the growing number of female headliners and music industry professionals. In partnership with We Are Moving the Needle, a nonprofit organization supporting all women recording industry professionals, Stella Rosa Future Is Female will donate $1 from each ticket sale.

See below for the full itinerary. All dates, cities, and venues below are subject to change. For tickets or more information, please visit www.LaineyWilson.com.

As part of album release, fans can watch Lainey on The Tamron Hall Show on Tuesday, November 2nd, and in ABC’s Primetime CMA special airing timed to the CMA Awards, where she’s nominated for a staggering six awards (the most of any nominee). Nashville locals can catch Lainey’s iconic bell bottoms on the legendary “Musica” Statue at the Music Row Roundabout, which will be dressed in bell bottom flare throughout release week.

Lainey will be making her acting debut joining season 5 of Academy Award-nominee Taylor Sheridan’s smash hit series Yellowstone, which is set to premiere on the Paramount Network on Sunday, November 13th. Throughout the upcoming season, she will perform original music from Bell Bottom Country. Next year, Lainey will join Luke Combs once again as a supporting act on all North American dates of his 2023 World Tour alongside Riley Green, Flatland Cavalry, and Brent Cobb.