Wilson Scores 6 Nominations, Including the Coveted Album of the Year and Song of the Year Awards. 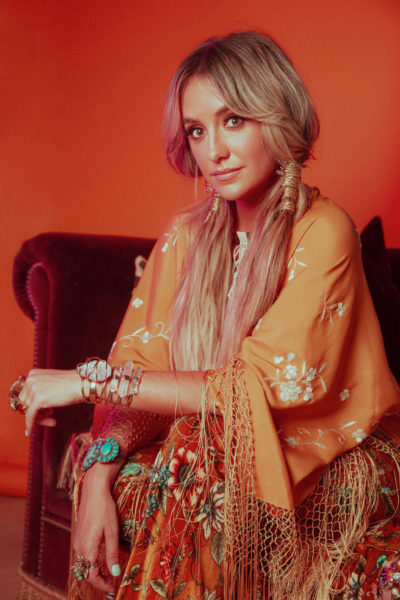 Broken Bow Records artist Lainey Wilson has been nominated for a staggering six CMA Awards this morning. With these six nominations, Wilson becomes the most nominated artist of the year and the fourth artist ever to receive six nominations in their first eligible year. Wilson’s nominations come in the following categories:

“This is my first time being cordially invited to the CMA Awards as a nominee and what a wonderful invitation it is,” said Lainey Wilson. “It has been such a challenging but beautiful journey up until this point and to see the country music community and the incredible fans be so receptive to me and my music is such a blessing. I’m so grateful for this moment.”

Since arriving with her critically heralded and CMA nominated Album of the Year label debut Sayin’ What I’m Thinkin’, Wilson has received universal praise and recognition including winning three trophies at the 2022 ACM’s including New Female Artist of the Year and Song of the Year, taking home iHeartRadio Music Awards’ Best New Country Artist, Billboard’s Top New Country Artist of 2021, and MusicRow Awards for Breakthrough Artist of the Year and Breakthrough Artist-Writer of the Year.  And now, Lainey Wilson has been nominated for a staggering six CMA Awards this morning.

Wilson’s forthcoming studio album Bell Bottom Country will be released on October 28th. The album features 14 tracks, including her newest single, “Heart Like a Truck,” which is currently climbing radio charts. The “as sturdy as its title” (Rolling Stone) single, which is currently climbing through the Top 40 on Country radio has been performed on NBC’s TODAY and on The Tonight Show Starring Jimmy Fallon.

This fall, she’ll also make her acting debut in season 5 of Academy Award-nominee Taylor Sheridan’s critically acclaimed series, Yellowstone. Lainey will take on the role of Abby, a character Taylor Sheridan crafted specifically for the singer and will allow her to perform new original music written and recorded by Lainey herself.

Fans can catch Lainey on the Ain’t Always the Cowboy Tour with Jon Pardi this fall as well as select tour dates with Luke Combs. With a rockstar stage presence, her artistry has taken her across the globe, performing for sold-out crowds throughout the US, UK, and Germany with notable names like Jason Aldean, Morgan Wallen, Hardy, Ashley McBryde, Randy Houser and more. For more information about the “bona fide redneck warrior princess” (Saving Country Music), visit www.laineywilson.com.

“Wilson has announced her arrival as an artist with something to say and the emotional intelligence to say it in a way that will stick with you.” – Rolling Stone

“When Lainey Wilson walks into the room, you damn well know it…then she speaks in her Louisiana twang about the dreams she once had and the dreams she still wants to make true, and it is that moment when you realize that you are speaking to not just another country music wannabe. You just might be talking to a future legend.” – People