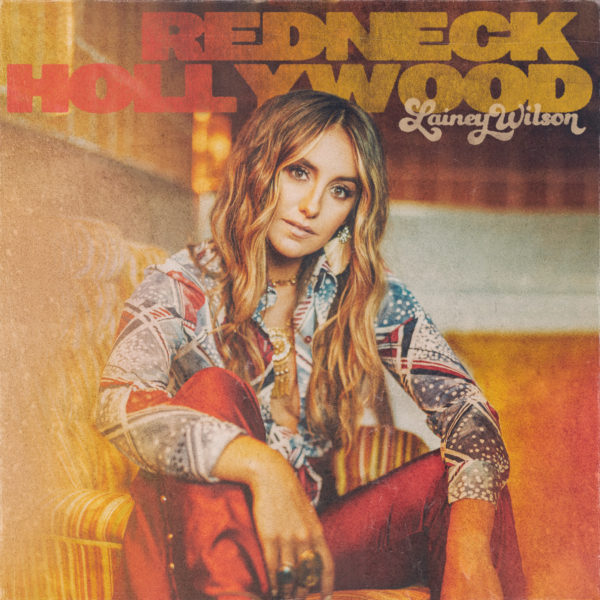 In just four songs (all of which she co-wrote), Redneck Hollywood highlights Lainey’s depth as an artist like never before as she offers a thoughtful look into her psyche and all of its complexity. In this collection, listeners will discover Lainey’s prolific ability to channel her thoughts, values, charisma, vulnerability and identity into her songwriting in a relatable, yet intimate approach. With “Things A Man Oughta Know,” Wilson treats the world to a lesson in how to treat others and maintain high standards, with an underlying grace while “Dirty Looks” commends hard work, no matter how unfashionable the task may be. Mixing traditional Country sounds with grit, soul and just a bit of funk, Lainey has developed her own “bell bottom country” sound that reflects both her personality and her preferred fashion aesthetic. Through it all, one thing is clear, Redneck Hollywood is 100 percent Lainey Wilson.

“This project gives a snapshot of my story and moments in my life that have led me to exactly where I am today—growing up in northeast Louisiana, the word ‘redneck’ was a way of life. It’s a word outsiders would use to describe us and a word we’d proudly call ourselves,” said Lainey Wilson. “I’m a proud Louisianan, and always will be, but from a very early age I’ve had stars in my eyes for the glitz and glamour of Hollywood and I’d like to think that little twinkle helped propel me toward following my dreams and continues to keep me reaching further.”

Wilson moved to Nashville in a bumper-pull camper trailer, which she lived in for three years, as she relentlessly wrote her way into the tight-knit Nashville songwriting community, eventually establishing herself as an in-demand songwriter and someone to watch. Following the independent release of her self-titled EP in April 2018, she landed a record deal with BBR Music Group/BMG, was named CMT’s Next Women of Country for 2019, earned a spot opening for chart-topping country artist Morgan Wallen during his 2019 If I Know Me tour and wowed audiences in the UK so fervently, bookers had additional tour offers in her inbox before she even touched down back in the States.

Lainey’s live performances, with her guitar-wielding rock ‘n’ roll swagger and rousing dance moves (some even featured in her recent video performing “The Git Up” with Blanco Brown), has earned her slots playing hundreds of shows with greats like Randy Houser, Joe Nichols, The Cadillac Three, Deana Carter and more. Hot off another European run, where she performed alongside Eric Paslay in Germany and Josh Turner across the UK, Lainey shows no signs of slowing down. In the coming weeks she will begin her first radio tour, taking her first single to Country radio.

ABOUT LAINEY WILSON:
Hailing from the small farming community of Baskin, La., country music newcomer Lainey Wilson has as much grit in her as she does soul. She moved to Nashville in a bumper-pull camper trailer to pursue a career in music and has been carving her own unique place in the country music landscape ever since, already garnering early praise as “a cautious optimist with just enough scars and pragmatism to write great, universal country songs” (Taste of Country) and “one of those voices who will grab your attention and keep it” (Whiskey Riff). A natural-born storyteller, Wilson has quickly established herself as an in-demand songwriter on Music Row as part of powerhouse publisher Sony/ATV. Following the independent release of her self-titled EP in April 2018, Wilson was named one of CMT’s Next Women of Country for 2019, landed a record deal with BBR Music Group/BMG,  spent the first part of the year opening for chart-topping Country artist Morgan Wallen during his 2019 If I Know Me tour, and had “Workin’ Overtime,” the first single off her previous EP, placed in the second season of Paramount Network’s hit series Yellowstone.

With the same vehement determination and unequivocal confidence that has fueled her momentum thus far, Wilson makes her label debut on the BBR Music Group/BMG flagship imprint, Broken Bow Records with her EP Redneck Hollywood, a term which can best be described in her autobiographical track “L.A.” Produced by mastermind Jay Joyce, Lainey’s latest project is a collection of songs that showcase her prolific songwriting abilities and depth as an artist by offering a genuine, unwithered perspective of someone who endorses a character defined by juxtaposing values such as maintaining high standards without jeopardizing empathy. Undaunted by the inevitable early mornings and late nights that lie ahead, Wilson has no plans of slowing down as she turns her momentum into a movement.