The Two-Time CMA Awards Winner Released the Reimagined Version of “Middle Finger” and a Cover of Rick Derringer’s
“Rock and Roll, Hoochie Koo”

Listen to the Songs HERE 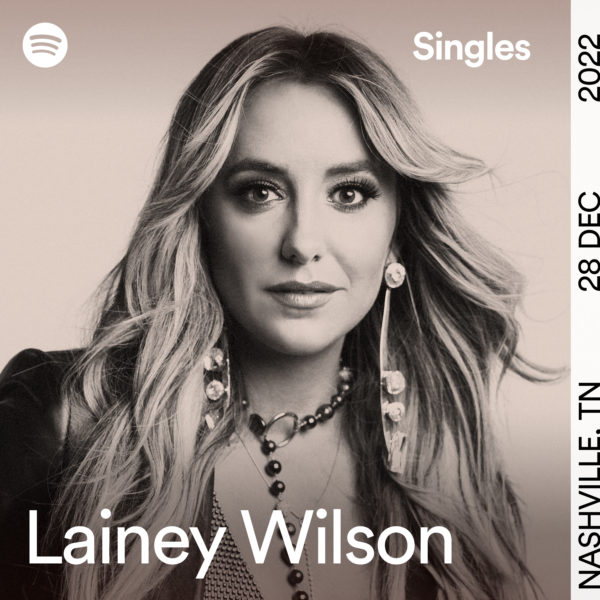 CMA 2022 Female Vocalist of the Year, CMA 2022 New Artist of the Year, ACM’s 2022 New Female Artist of the Year and CMT’s 2022 Breakout Artist of the Year Lainey Wilson debuted two Spotify singles today: a reimagining of her original song “Middle Finger” and a cover of Rick Derringer’s “Rock and Roll, Hoochie Koo.” In the former, Wilson delivers a cheeky salute to her middle finger. Blazing with her infectious energy and unique vocals, the rowdy new song gives all the ways her middle finger has been there for her through thick and thin, from wild nights out to heartbreak and goodbyes. For her rendition of the classic rocker  “Rock and Roll, Hoochie Koo,” Wilson fuses the funky, high-energy song with her signature bell bottom country twang, Wilson shows off yet another side of her outlaw artistry and ingenious talent for making absolute rhythmic anthems her own. You can listen to both songs HERE.

“I got to bring my whole band into the studio for the first time for these Spotify singles,” Wilson said. “‘Rock and Roll, Hoochie Koo’ is the song my band gets pumped up to before every show, so we were really excited to get in the studio with Jay Joyce and put our own flare on it. The song just feels so good. Same with ‘Middle Finger’ – it’s an anthem we can all sing along to and feel a little better. That song has been a fan-favorite since it came out on my EP in 2018, and I’m excited for it to have another chance as a refreshed, rerecorded Spotify Single.”

This fall, Wilson released her critically acclaimed album Bell Bottom Country and made her acting debut in the Season 5 of Paramount Network’s smash-hit series Yellowstone in a role created specifically for her by creator and Academy Award nominee Taylor Sheridan. Wilson’s album features 16 tracks including hit single “Heart Like a Truck,” which is currently Top 10 and climbing as well as “Watermelon Moonshine,” “Hold My Halo,” “Smell Like Smoke” and “New Friends,” all of which were featured on Season 5 of Yellowstone.

On January 4, 2023, Wilson will embark on her first headlining tour, the Country With A Flare Tour, which has already sold out. Following, she’ll rejoin CMA 2022 Entertainer of the Year Luke Combs on all North American dates of his 2023 World Tour. For more information on Lainey Wilson, visit: www.LaineyWilson.com.