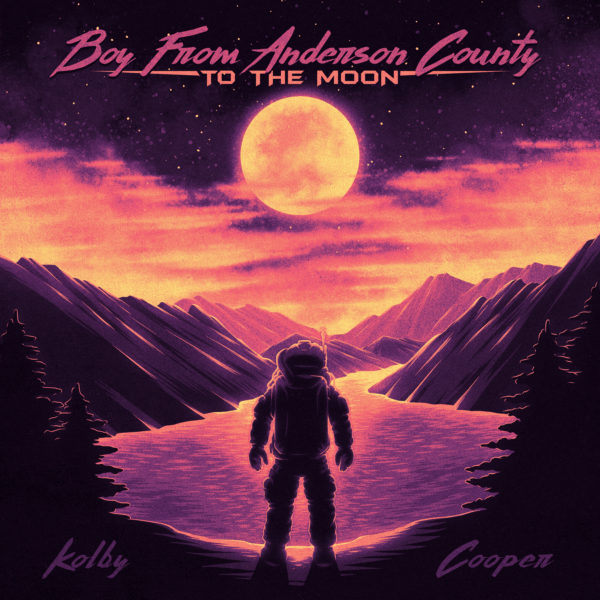 “Country music powerhouse” (People), Kolby Cooper today releases his label debut album Boy From Anderson County To The Moon. “Blazing a trail to stardom via rock-hard anthems and sweet sentiments backed by the scream of electric guitars” (People), the 13-track project — via BBR Music Group / Wheelhouse Records in partnership with Combustion Music — exemplifies all that is “Country Music’s Newest Badass” (People) whose sound “mixes a shot of sincerity and a little red dirt with a couple choice fingers” (Raised Rowdy). Listen now HERE.

“To have this album finally out is a dream come true,” says Cooper. “It’s by far my favorite project I have done, and I hope everyone loves it as much as I do. TO THE MOON!”

“Well on his way to headlining shows at Yankee Stadium and Red Rocks Amphitheater” (Sounds Like Nashville), “the real-as-it-gets singer/songwriter” (Country Now) will make his Grand Ole Opry Debut on Saturday, September 10.

“You may not know Kolby Cooper yet, but you will” (Outsider), as “Cooper has already made quite the name for himself” (American Songwriter).

“Touring his ass off, racking up monster streams, packing venues and opening up for superstar acts like Koe Wetzel, from the ground up, Kolby Cooper has built himself a rabid fanbase far beyond the Lone Star State” (Whiskey Riff).

“It’s been impressive to see how far Cooper has come in only a few short years, practically turning into an overnight sensation in the Lone Star State, to signing a major label and becoming a household name…” (Whiskey Riff).

Featuring tracks from his acclaimed powerhouse EP Boy From Anderson County –  like the  deeply personal title track to the sneering, steel-guitar slice of resentment of “Good For You,” to the dreaded “it’s not you, it’s me” pathos of “his debut radio single “Excuses,” which was inspired by his guitar player’s sudden breakup – the six new songs encompass the second half of the title To The Moon.

Inspired by his crew’s motto “To The Moon” that they all tattooed on their body, the track of the same name reflects Kolby’s genuine outlook on life, preaching the value in being a good person, while “Stars Fall Down” is a love letter to his daughters guiding them to always shoot for the stars.

Refreshingly kind and happy for someone who can readily tap into rage or anguish, Kolby embodies and moves confidently between contradictions from the defiant to the forlorn on songs “Just A Door,” “Woke Up Hungover” and “Breaking News.” Then swaying from his usual brand of angst-fueled break-up anthems, Kolby serves up the question “Are We On Fire,” delicately addressing the gas and lighter toxicity of a couple’s fleeting relationship, while “Storm’s Coming,” is a roaring heater about a sensual reunion.

For more information on Kolby Cooper and for a full list of tour dates, visit: www.KolbyCooper.com.