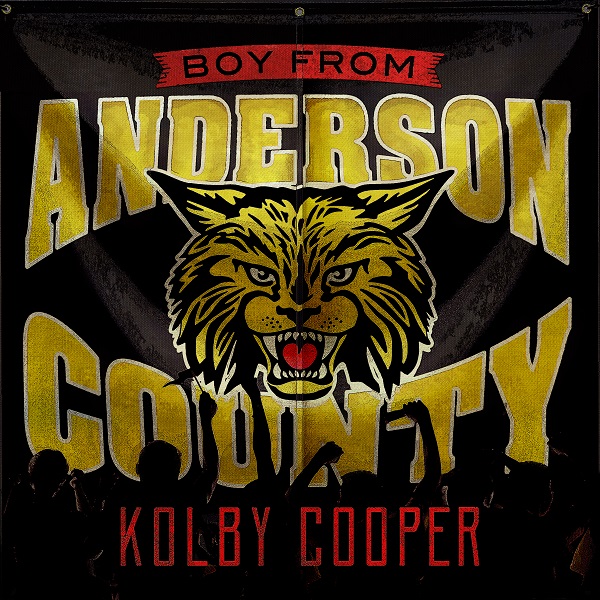 “I’m more proud of this project than anything I’ve ever released,” says Cooper. “Listen front to back then listen one more time. This EP has been a long time coming, and I can’t wait for y’all to hear it. I hope you love it as much as I do.”

The highly anticipated new project kicks off with Cooper’s title track “Boy from Anderson County.” The 21-year-old’s heavy southern drawl gives a standout performance in this heartfelt and deeply personal love song about the impact his wife has had on his life, recognizing it was her who made him a man.

“Packed with heartfelt emotion, the Texas singer/songwriter flaunts his deep vocals alongside a simple, rock beat and electric guitars,” praises Country Now, of Cooper’s previously released, tormentingly raw track, “Excuses” that calls out the lies said during a break-up and the classic, devastating line, “it’s not you, it’s me.”

Co-written by Cooper, Jameson Rodgers and Brent Anderson, the energetic yet emotive track “Good For You” surges with an up-tempo, kick-drum beat, as the protagonist wishfully pines after the girl who didn’t let him hold her back. Watch the visualizer for the track HERE.

“Way To Go” is self-deprecation at its finest but leaves the lonesome man enlightened by the mistakes of his past, taking Michael Jackson’s advice to change the “man in the mirror” if he ever hopes for a lasting relationship.

The up-beat, catchy track, “This Song Don’t Make No Sense,” finds the leading character dumbfounded by his former affirmation for his departed ex. Lastly, “Her Favorite Songs” is a vividly witty, tongue-in-cheek scorcher flaunting all of Cooper’s success to a formidable antagonist, written by Cooper, Jordan Walker and Jacob Davis.

A prolifically gifted songwriter, Cooper has the uncanny ability of turning his and his friends’ life stories into country music gold, surged with powerful, relatable lyrics that his rabidly zealous fanbase can’t get enough of, and the “rock-and-roll infused, whiskey-on-ice feel” of Boy From Anderson County is no different (CMChat). With songs ranging from tender and heart-skipping to searingly rebellious, evocative rockers, fans will not be disappointed.
In celebration of the release, Cooper will be Facebook Music’s #ArtistOfTheDay this Monday, August 9. Tune in at 10:30 am/CT to watch him talk all things Boy From Anderson County and perform a few songs.

Produced by Philip Mosley, Boy From Anderson Country is out now.
Continuing his strenuous tour schedule throughout 2021, Cooper is bringing his new music out on the road, making stops all over the country. Keep up with Kolby Cooper and view his upcoming tour dates HERE.