Tormentingly Raw “Excuses” Due Out June 25 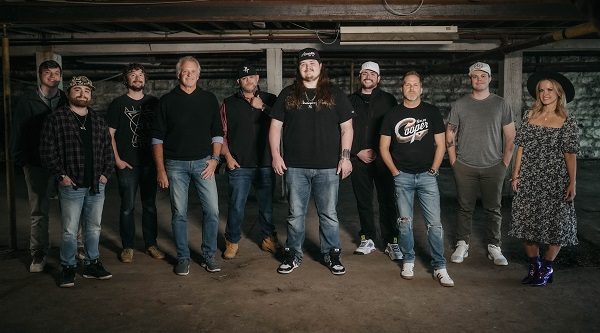 BBR Music Group / Wheelhouse Records announces the signing of recording artist Kolby Cooper in partnership with Combustion Music. The Texas native will release his first song as a signed artist, “Excuses,” on June 25. The song is a tormentingly raw expression that calls out the lies of a breakup and the dreaded “it’s not you, it’s me” pathos. Inspired by his guitar player’s sudden breakup, the song hits hard with its overwhelming relatability made only that much more real paired with Kolby’s rough-hewn velvet vocals. Pre-save/pre-add “Excuses” HERE.

The 22-year-old singer songwriter, having already racked up more than 110 million streams has been riding the fast track, playing numerous, sold-out shows around the country (with many more headlining dates on the way), with thousands of fans singing along to his searing, wry lyrics.

“It’s badass, I’m really excited to be a part of a team that wants to make what I do as huge as possible and is down for it all,” says Kolby Cooper. “We’re about to light this thing up!”

“The observational perspective of Kolby’s songwriting immediately piqued my interest but seeing the overwhelmingly enthusiastic response at live shows has been really exciting to witness,” said Chris Poole, Director A&R BBR Music Group. “I’m so excited to have the opportunity to work with such an incredible talent and help expand his wildly passionate fanbase he’s been cultivating and take everything to the next level.”

With an unrestrained, fresh sound, Cooper’s music is Country with clear influences from his Lonestar State roots layered over wailing electric guitar, and a buoyant Texas bottom-end. Having written every song he’s ever released, fans will have no doubt that his forthcoming new music is authentically Kolby.

This fall, Kolby will headline two consecutive nights at The Basement East in Nashville, Tennessee – November 12 and November 13. To purchase tickets or to see Kolby’s full list of tour dates, visit his website.