Pre-Order Kings of the Dairy Queen Parking Lot: Side B HERE

Listen Now to “Make Me Want One” and “Run” 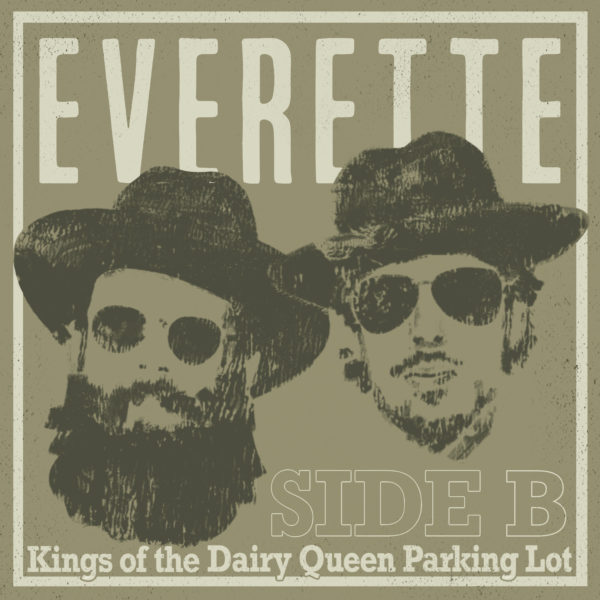 Hot off of their electric Nissan Stadium performance at this year’s CMA Fest, “Artist to Watch” (Sounds Like Nashville) Everette – comprised of Brent Rupard and Anthony Olympia – is set to release their Kings of the Dairy Queen Parking Lot: Side B on Friday, October 7, giving fans a sneak peek today with two new tracks “Make Me Want One” and Run.” Pre-order HERE.

“From beginning to end of Kings of the Dairy Queen Parking Lot: Side B, we explore every shade of us stylistically and lyrically,” says the duo. “These songs relive the stories from our 16 years of friendship and musical partnership that made Everette. We feel like the world can use a little off-the-wall crazy to escape every now and then, and we’d love to take you there and back again.”

Exploiting the “crazy rush that comes with a new crush” (People), Side B features the previously released, addictively catchy “Gonna Be A Problem” that has already received rave review:

“Ever since we first heard…Everette’s romantic new single… it’s been stuck in our heads—but we’re not complaining.” –  Sweety High

“‘Gonna Be A Problem’ is just one example of their exemplary talent.” – Country Swag

“With red hot dueling guitars and a ‘hanging-with-the-boys’ vibe, their Country Rock is filled with clever lyrics, descriptive stories and a sense of humor that’s missing in most of today’s super-serious scene” (Sounds Like Nashville). Everette proves this sentiment with tracks like “Woo Hoo Hoo” which is all about looking on the brighter side of life and “Shunk As Drit” that serves as a how-to-guide for living your last day on Earth.

Incredible songwriters, the duo co-wrote all eight tracks, diving into romance on “Run,” “Make Me Want One,” and “She Got That From Me” while “Wild Woman” and “Get By” blast their signature sound of “soulful, laid-back twang-Pop with clever lyrics and catchy hooks” (Rolling Stone) up to 10.

Named one of “10 New Country Artists You Need To Know” by Rolling Stone, the rising duo pumped their Country as hell vocals, whiskey smooth harmonies and Bluegrass and energetic beats into a highly anticipated project that solidifies the “soulful act” as “one you’re going to want to keep on your radar” (Country Swag).

Heading out on the road with Cadillac 3 this fall, Everette’s Kings of the Dairy Queen Parking Lot: Side B – produced by Luke Laird and Ben Phillips – will be available on Friday, October 7. For more information on Everette, visit: weareeverette.com.