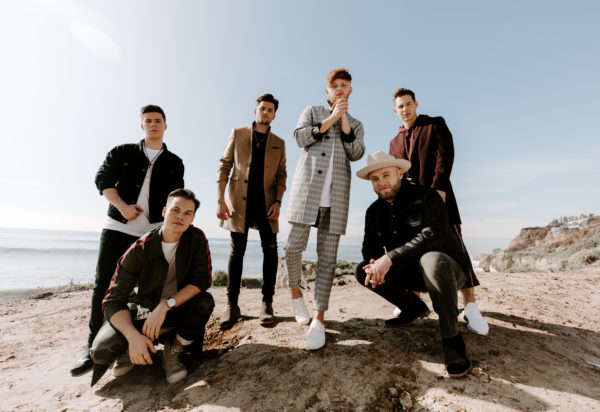 Emerging Nashville-based band KING CALAWAY has been announced as the opening act for country legend Garth Brooks at his U.S. Bank Stadium show in Minneapolis, MN on May 3, 2019, marking the band’s first-ever stadium show performance. Garth was the first to announce the news – watch the video HERE beginning 8:40.

“Garth is a country music icon and a huge inspiration to us. It is an honor to even be mentioned in the same sentence as him, let alone stand on the same stage,” King Calaway guitar & vocalist Caleb Miller said on behalf of the band. “This will be our first ever stadium show and we absolutely cannot contain our excitement!”

The band was also announced this morning as a performer at ACM Songs, Stories & Stars, taking place as part of the 7th Annual ACM Party for a Cause on Friday, April 5 at the Marquee Ballroom, MGM Grand Hotel & Casino leading up to the 54th Academy of Country Music Awards.

The news continues to solidify the six-piece band’s status as an act on the rise, building on the success of their debut single “World For Two” from their self-titled EP released in January, via BMG/BBR Music Group. “World For Two” was the most added song at country radio in its first week and continues to grow rapidly across streaming platforms. Additionally, King Calaway made their Grand Ole Opry debut on March 1 and was introduced by esteemed country artist Brad Paisley. The band has been named one of seven country acts to watch in 2019 by Billboard and a “2019 Artists To Watch” by Amazon music