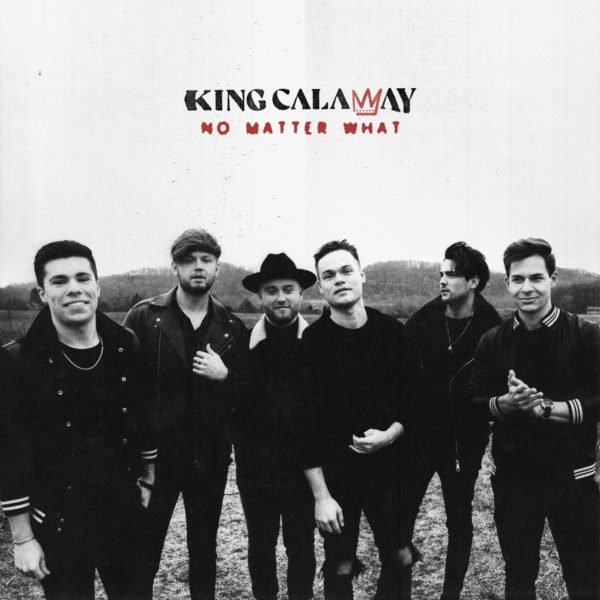 January 31, 2020 – After a whirlwind debut year in 2019, Nashville’s fast-rising band King Calaway is showing no signs of slowing down with their new single “No Matter What” off their debut album Rivers and its accompanying music video, available worldwide – WATCH NOW. “No Matter What” will impact Country radio the week of February 24, followed by group’s seventh performance at the Grand Ole Opry in Nashville on February 25 – info and tickets available here.

The band – comprised of six members hailing from across the globe – continues to build their existing worldwide presence with a gig at the hugely successful C2C Country To Country festival in Berlin on March 6-8.

Rivers, released October 2019, has been met with critical acclaim with Billboard noting its “triumphant production, standout falsettos and impressive musicianship.” King Calaway performed the album on numerous television shows, including their debut single “World For Two” on Jimmy Kimmel Live! and NBC’s TODAY as well as the foot-stomping title track “Rivers” on The Late Late Show with James Corden. Rivers is available everywhere HERE.

Both outside the studio and through their music, the band also supports the work of St. Jude and has frequently partnered with the organization, including participating in the St. Jude Country Cares seminar in Memphis and performing at the fifth annual Million Dollar Show at The Ryman earlier this month, with all proceeds benefitting St. Jude and their work toward understanding, treating and defeating childhood cancer.