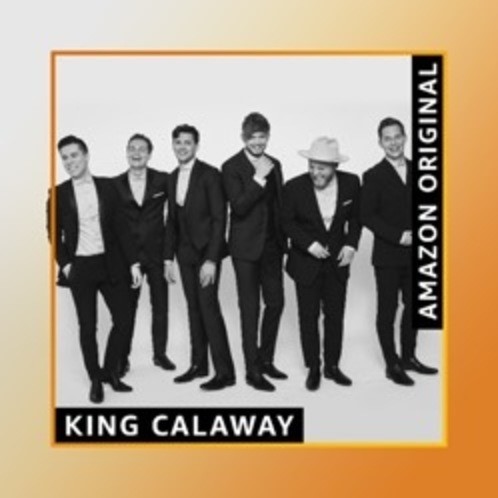 September 13, 2019: Today, rising Nashville band King Calaway released an Amazon Original cover of Shania Twain’s “You’re Still The One.” The song is available now to stream and purchase only on Amazon Music.

Listen to “You’re Still The One” only on Amazon Music. amzn.to/calaway

“When Amazon Music tasked us with covering a 90s country song, we immediately gravitated towards Shania – undeniably one of the biggest superstars of that decade,” stated Simon Dumas of King Calaway. “We chose ‘You’re Still The One’ because we feel it’s a timeless song that has the ability to entertain every generation. We worked tirelessly to make this track our own while also paying tribute to its origins; and of course we had to shower it in King Calaway harmonies!”

Last week, King Calaway announced they will release their debut full-length album Rivers on October 4 via BBR Music Group’s Stoney Creek Records. The emerging six-piece band has taken the world by storm – from performing with Ricky Skaggs at the Grand Ole Opry, appearing on Jimmy Kimmel Live!, opening for Garth Brooks at one of his stadium dates, to headlining a festival in Gibraltar. The band was lauded by Rolling Stone for bringing an “exuberance to the stage…each taking solo parts between lushly harmonized chorus parts.” Earlier this year, the band were chosen as Amazon Music’s Weekly One, a program designed to give developing artists an opportunity to reach broader audiences, and become more discoverable to customers at the very start of their careers through additional programming opportunities and marketing.

Amazon Music listeners can find King Calaway’s cover of “You’re Still The One” on the “Fresh Country” playlist, featuring new releases across the genre. Customers can also simply ask, “Alexa play the Amazon Original by King Calaway” in the Amazon Music app for iOS and Android and on Alexa-enabled devices. In addition to the new track, Amazon Music listeners can access hundreds of Amazon Originals featuring both emerging and established artists across numerous genres, available to stream and purchase only on Amazon Music.

ABOUT KING CALAWAY:
After a whirlwind year since their debut EP was released in January 2019, King Calaway is proof that there’s strength in numbers. Their eponymous EP in January 2019 features hit single “World For Two,” which became the #1 most added song at country radio in its debut week. Their first full-length album Rivers – out October 4 on BBR Music Group/Stoney Creek Records – will build on the five-song EP’s success, with seven new tracks and was executive produced by Robert Deaton and Ross Copperman. After being named one of the seven new country acts to watch out for by Billboard, the band continues to take the country music industry by storm from multiple performances at the famed Grand Ole Opry – including an incredible performance moment with the legendary Ricky Skaggs – to making their late night television performance debut on Jimmy Kimmel Live! and an appearance on the internationally acclaimed show Neighbours. They’ve brought their energetic live show to various stages, including a CMA Fest debut and opening slots for Rascal Flatts and Garth Brooks. Hailing from across the globe – from the small towns of the American Midwest to the small coastal country of Gibraltar; from the Atlantic Seaboard to the Central Belt of Scotland – King Calaway brings a worldly perspective. They’re country stars for a new generation, singing songs that erase the boundaries between genres and countries. King Calaway isn’t looking to blend into the crowd. They’re not even looking to fit in. They’re in the business of standing out…and King Calaway stands tall.