Watch the Accompanying Video Below 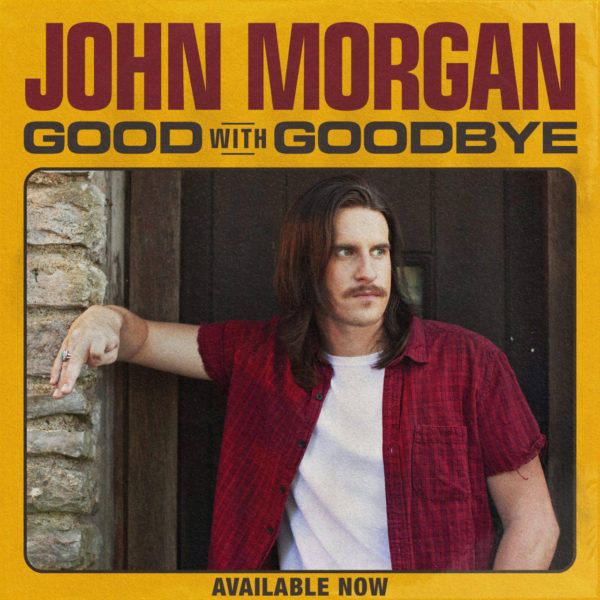 “Good With Goodbye,” written by John, John Edwards, Kurt Allison and Tully Kennedy captures post-relationship angst. The song finds the protagonist turning to his vices to ease the sting but unfortunately finds “nothing goes good with goodbye.” The gritty breakup tune is the follow up to “Right In The Middle,” a wistful song about a man that can’t make a move because he can’t move on—which continues the same heartbroken, stuck in a memory sentiment of Jason Aldean and Carrie Underwood’s multi award-winning and GRAMMY nominated No. 1 hit “If I Didn’t Love You,” which John was a writer. He also helped write Aldean’s recent muti-week No. 1 hit, “Trouble With A Heartbreak.”

“I guess I’ve been on a little bit of a ‘Sad Boy Country’ kick lately, but I just love songs that I can relate to and are real — and I believe other people do too. I try to pull from my own experiences, and I’ve definitely had my fair share of relationship woes to draw inspiration from,” said John Morgan. “I wrote ‘Good With Goodbye’ over Zoom in the middle of the pandemic, and I just kept going back to it — I suppose I didn’t want to tell it goodbye either.”

Produced by Jason Aldean, Kurt Allison and Tully Kennedy, “Good With Goodbye” is the third song the sought-after songwriter with gritty vocals has shared as an artist. John will be taking these “Sad Boy Country” songs and new music on the road with him this summer as he supports on Aldean’s Rock N’ Roll Cowboy Tour.