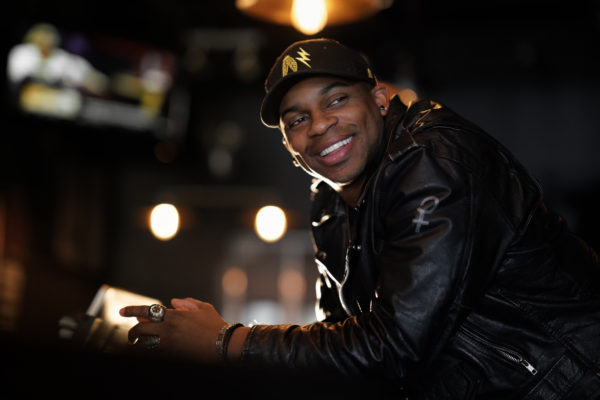 Singer/songwriter and Stoney Creek Records/BBR Music Group artist,Jimmie Allen is set to perform “21” off his debut album, Mercury Lane, on ABC’s “Good Morning America,” Thursday, March 14. Allen’s first-time GMA performance follows a number of firsts for the year and 2019 has just begun! Those milestones include the release of his second single “Make Me Want To,” his first Academy of Country Music Award nomination for New Male Artist of the Year, a first-time performance at C2C Country to Country in London, a recently-announced performance spot on CMA Fest’s Chevy Riverfront Stage this summer and the debut of a sizzling cover of the GRAMMY, Golden Globe and Academy Award-winning smash  hit “Shallow” (see the video with fellow country newcomer, Abby Anderson here).
Allen made history with his breakout three-week No. 1 debut single, “Best Shot,” described by Rolling Stone as a “rare honest love song, with a catchy, melodic chorus that flirts with pop-rock power balladry,” enabling the Delaware native to etch his name in history as the first black artist to launch their career with a No. 1 at Country radio.
His follow up single, “Make Me Want To,” is the second from Allen’s debut album Mercury Lane, which The New York Times asserts is one of 2018’s strongest and describes it as “a conventional country album, filled with songs about the small details.” “Make Me Want To” was Most Added at Country Radio with 61 stations reporting in the first week and is currently making its way up the chart.
Allen recently wrapped his supporting stint on Kane Brown’s Live Forever Tour and will be hitting the road this summer as support on Chris Young’s Raised on Country Tour and Rascal Flatts’ Summer Playlist Tour.
For more information and tour dates, visit jimmieallenmusic.com.