Conceptualized by the Country Star, the Special Effects Heavy Video Showcases His Comedic Timing and Creativity 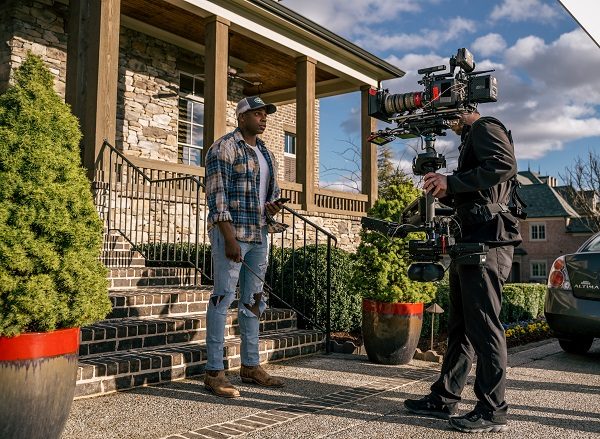 Breakout Country star, Jimmie Allen made a splash in New York’s Times Square today with the premiere of his eye-popping new music video on Viacom’s Times Square billboard. The fun and fantastical video for his current single “Make Me Want To” also made its premiere today across CMT platforms as well. Watch the comical video HERE.

“I’m a huge fan of Disney, Harry Potter and ‘The Notebook.’ I wanted to create a video that showcased my love for all three,” Allen shared with CMT. “I feel like authenticity is celebrated today more than ever so with this video I really wanted highlight my quirky side.”

Shot in Franklin and Nashville, Tenn., the video CMT describes as “magical and positively effervescent” was conceptualized by Allen and directed by Justin Nolan Key. The special effects laden and often humorous video spotlights both Allen’s creativity and natural comedic ability. From a fairy godmother to a magic wand and a romantic love connection to dancing in the rain, the video shares a unique and magical narrative that gives fans a look inside Allen’s subconscious.

“I love that the video focuses on the action and the music is in the background,” Allen continues. “Enjoy Chapter 1! This is the first of a five-part music video collection. Thanks to everyone for going on this journey with me and stay tuned for more!”

“Make Me Want To,” which The Boot called “an infectious, romantic romp,” was most added at Country Radio with 61 stations reporting in its first week and is currently making its way up the chart. Written by Allen with Paul Sikes and Jennifer Denmark, the song is the follow up to his debut No. 1 “Best Shot,” and the second single off his Stoney Creek Records / BBR Music Group debut album Mercury Lane, an album Rolling Stone praises as “a sturdy, hits-packed collection that…challenges the narrowly defined model of what constitutes a next big thing in country music.”