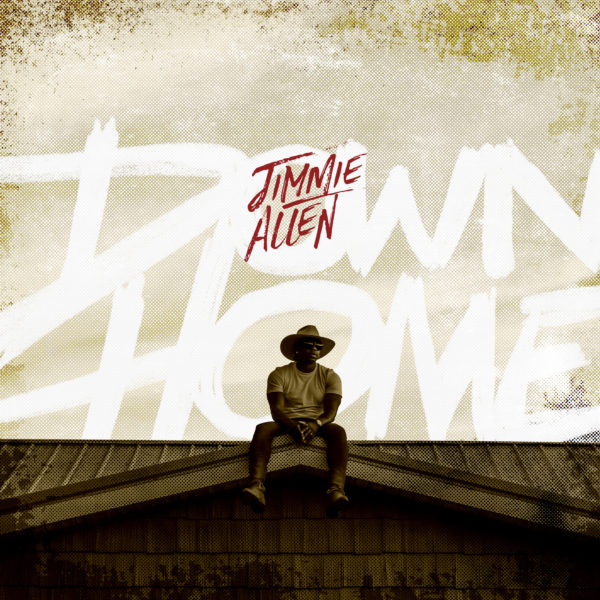 On the heels of his third career No. 1 and current GRAMMY® & ACM Award nominations, multi-platinum recording artist and songwriter Jimmie Allen’s new single “Down Home” will arrive March 8, 2022 via Stoney Creek Records/BBR Music Group. “Down Home” is the lead single from Allen’s forthcoming third album. Pre-add and pre-save the song at http://jimmieallen.lnk.to/downhome.

Co-written by Allen, Cameron Bedell, Rian Ball & Tate Howell, “Down Home” takes shape as a letter to his late father James – who passed away in 2019 – and showcases their special, enduring connection. A well-known family man, Allen continues to cite his father as one of the most important people and a guiding force in his own life and roles as husband, father, and son.

“‘Down Home’ is probably one of the most special songs I’ve ever written. I wrote it about my father – kind of like, hopefully he’s in heaven and looking down on everything I’m doing and hope he’d be proud of me. I wrote it with my friends [Tate] Howell, [Rian] Ball and [Cameron] Bedell,” Allen shares. “It’s a song that’s actually helped me a lot because in the midst of missing my father, I think about him seeing everything I’ve got going on and it’s like… even though he’s gone, he’s always with me. I hope this song finds its place in the world and this song helps people that have lost not only a father, or a parent, or a loved one just like the song has helped me.”

While “Down Home” marks one of the proud Delaware native’s most vulnerable and autobiographical songs to date, it simultaneously offers heartfelt relatability and comfort to the universal experience of loss and grief. The song’s music video will debut March 18.

Allen will appear on The Ellen DeGeneres Show this Thursday, March 4 to discuss the new single, his Down Home Tour and his upcoming co-host duties alongside Dolly Parton & Gabby Barrett at the 57th Academy of Country Music Awards on March 7 – where he is nominated for Male Artist of the Year in addition to being the reigning New Male Artist of the Year.

The upcoming release of “Down Home” adds to a growing list of achievements in 2022 for Allen, including a Best New Artist nomination at the 64th Annual GRAMMY® Awards (the only Country nominee in an all-genre category), an Outstanding New Artist nomination at the 53rd NAACP Image Awards, his third career No. 1 single with “Freedom Was A Highway,” and a sold-out start to the Down Home Tour – his first ever solo headline tour – earlier this month. Allen is currently the reigning CMA New Artist of the Year, having won the award in November 2021. Allen will serve as a mentor in an upcoming episode of American Idol, which is currently airing its fifth season on ABC and marks its milestone 20th season overall.