Now Available at Country Radio and All Digital Retailers, Aldean Will Storm the ACM Awards Stage This Sunday for the Track’s Television Debut 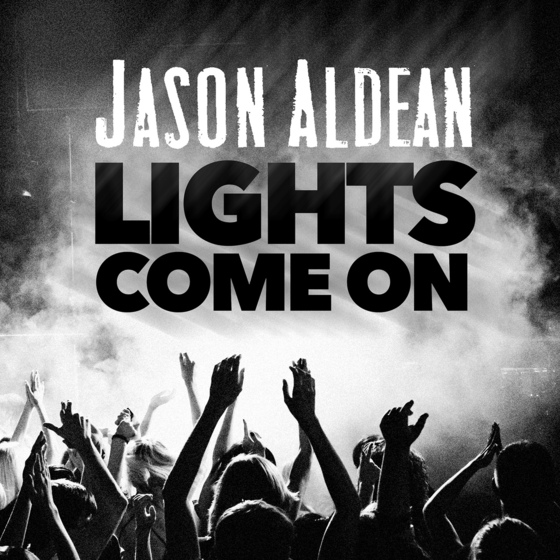 NASHVILLE, TN – Apr. 01, 2016 –  From his hometown VFW hall to the deafening noise of a stadium crowd, ACM “Entertainer of the Year” nominee Jason Aldean has always been known for his “rock star” (Houston Chronicle) appeal and “room-shaking” (Press of Atlantic City) live show. Today, Aldean announces “Lights Come On” as the lead single from his upcoming seventh studio album due out this summer. Now available to Country radio via Play MPE and at all digital retailers. Aldean will debut the adrenaline-filled track live this Sunday (4/3) at the 51st Annual ACM Awards at 7:00P CT on CBS.

“Being on stage is why I do what I do, it’s all I’ve ever wanted to do,” said Aldean. “This song is all about that rush you can only get from stepping on stage and listening to fans sing along to every word. It’s about throwing the biggest party from the floor to the top of the rafters for all those people who spent their paycheck to come see us. We’re bringing it to Vegas this weekend and I can’t think of a better place to kick it off than at the ACM’s.”

Between blistering guitar riffs and blustery choruses, Aldean taps into the universal connection he shares with fans every night on the road. To watch the lyric video for “Lights Come On,” on VEVO click here.

The upcoming record from the three-time and reigning ACM “Male Vocalist of the Year” follows OLD BOOTS, NEW DIRT which debuted at the No. One spot on Billboard’s Country Albums Chart, earned its PLATINUM certification only nine weeks after release and spawned three consecutive No. Ones, marking 16 career chart-toppers. Aldean has “never been afraid to let his diverse musical interests influence his sound” (The Oklahoman) as each album released has earned PLATINUM or better tallying more than 10 million album sales.  For more information visit www.jasonaldean.com.