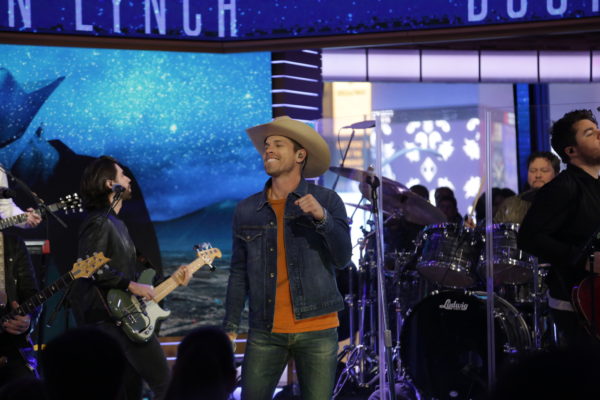 NASHVILLE, TENN. (January 21, 2020) — Hot on the heels of the release of his fourth album TULLAHOMA, Dustin Lynch cruised into the national spotlight with his most-recent chart-topper on this morning’s edition of ABC’s Good Morning America.

The Country crooner took the nationwide audience “Ridin’ Roads” with him on the live broadcast, performing his 7th career #1 single as an artist – and second as a songwriter – for a live studio audience and GMA hosts Robin Roberts and Ginger Zee.