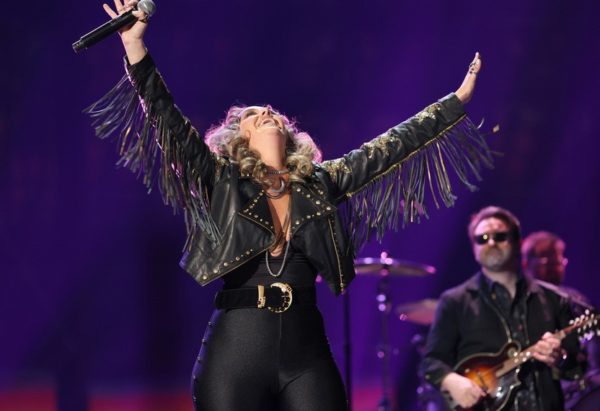 Last night Lainey Wilson led in 2022 ACM Award wins, taking home three trophies at her ACM Award debut. Earlier this week she recieved a call from ACM Entertainer of the Year, Miranda Lambert, who surprised Wilson with the news she had been crowned this year’s ACM New Female Artist of the Year. Watch the tearful moment here.

At the ceremony last night, Wilson picked up two additional trophies (one as an artist and one as a songwriter) as her “Things A Man Oughta Know” won ACM Song of the Year. Watch her emotional acceptance here and her live performance of the No. 1 PLATINUM hit here.

Prior to the show, she walked the red carpet in a custom Manuel coat, Cat O’Nine bell bottoms, Willa Jean jewelry and Terry de Havilland heels.