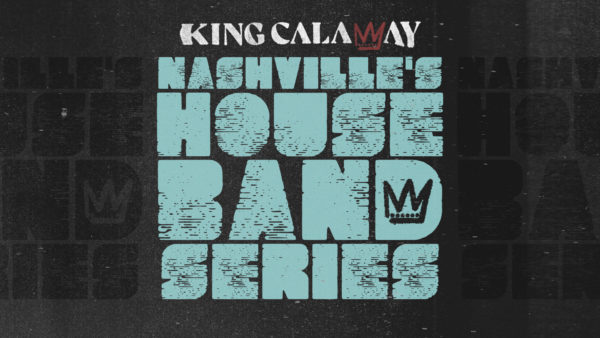 King Calaway yesterday released vibrant new video with country superstar Sara Evans and renowned violinist and dancer Lindsey Stirling as part of their “Nashville House Band Series.” All together they performed the well-known singalong, “Come On Eileen.” King Calaway has quickly become Nashville’s very own “house band” during this time in quarantine finding a fun way to connect with an array of country fans.

According to Rolling Stone, “Evans handles lead vocal responsibilities, but King Calaway members Jordan Harvey and Chad Michael Jervis echo her lines with such enthusiasm that it makes this remote performance feel as joyous as an onstage show.” The infectious melody and energy of the track, which is also featured on Sara Evans upcoming album of cover tunes, Copy That, made the song the perfect choice.

Earlier this week, the series saw its official debut with King Calaway serving as Nashville’s house band with an uplifting and inspired version of John Mayer’s “Waiting On the World to Change.”  They performed this with labelmates Jimmie Allen and Lindsay Ell, and Blanco Brown. While this was the official launch, the six members have been sharing covers and collaborations across social media in the past weeks as they quickly grow a reputation as Nashville’s ‘House Band’ despite the fact that they have been quarantined separately in different countries (Gibraltar, Scotland, United States) and across multiple states.