Country Newcomer Tapped as Direct Support for Jason Aldean: LIVE at The Bonnaroo Farm May 14th and 15th

Relive Heartfelt Opry Performance of “My Boy” Below 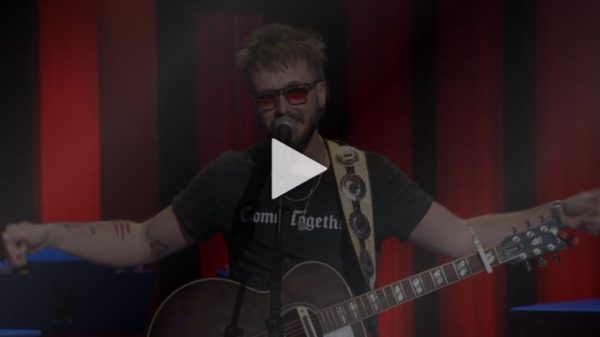 Last Friday, BBR Music Group/Wheelhouse Records artist, Elvie Shane had a day filled with milestones as he released his debut EP, County Roads and made his Grand Ole Opry debut. Elvie stepped into Country music’s hallowed circle with the famous Opry band for a high-energy performance of “Keep On Strummin’” before delivering an emotional performance of “My Boy.” Relive the heartfelt moment HERE.

Listen to the EP HERE.

Continuing the celebrations, the “My Boy” singer performed Monday night to a packed house at Whiskey Jam and tonight he will host a private virtual meet and greet with fans, followed by a TikTok live at 6:30pm CT. Join Elvie’s TikTok live HERE.

It was also recently announced that Elvie was selected to be direct support for multi-Platinum entertainer, Jason Aldean at his first live concert in more than a year, JASON ALDEAN: LIVE at The Bonnaroo Farm. The show will take place in Manchester, TN on May 14th and May 15th for those unable to attend in-person, fans worldwide will now have the opportunity to join the event.

For Aldean’s sold out show on May 15th, tickets to livestream the full concert are available for $15 ($20 two days before show) here. The exclusive purchase also includes the ability to watch Aldean’s 90-minute set for 24 hours after the show. Additionally, a limited amount of four-person pods remain for the first night (5/14) of JASON ALDEAN: LIVE at The Bonnaroo Farm that are available through JasonAldean.com and BonnarooFarm.com, with $1 from each ticket benefiting the Bonnaroo Works Fund. For more event details and guidelines, please visit BonnarooFarm.com.

“My Boy” has connected with fans, garnering more than 33 million on-demand streams as it climbs through the Top 30 on radio—letting fans get to know the Kentucky native’s softer side. With County Roads, fans get a more well-rounded taste of the multi-faceted singer songwriter. Across the six-song EP, Elvie shares his high-energy, larger-than-life personality and properly introduces himself to the world. With each song written, the truck driver’s son draws upon his blue-collar existence blending picture-based lyrics, grit, nostalgia, classic rock electric guitar and soulful vocals to make for an honest portrait of life in small town America.

“What the EP does do is flesh out who Shane is an artist and suggests that leaning into his rockier side is what fans should be prepared to expect as he progresses in his career. There’s lots to like about this release and it’s certainly an enjoyable introduction.” – Entertainment Focus

“This EP is a huge statement of intent from Elvie Shane. Fans of Drake White and Kip Moore will love his gruff, gritty vocals and prodigious use of guitar.” –Lyric Magazine

“This is just the beginning for Shane, but it’s a mighty good one!” –NY Country Swag

“Over six tracks, Kentucky-raised Elvie Shane announces himself as a cross between Kip Moore and Eric Church, with even bigger drums.” – A Country Way of Life