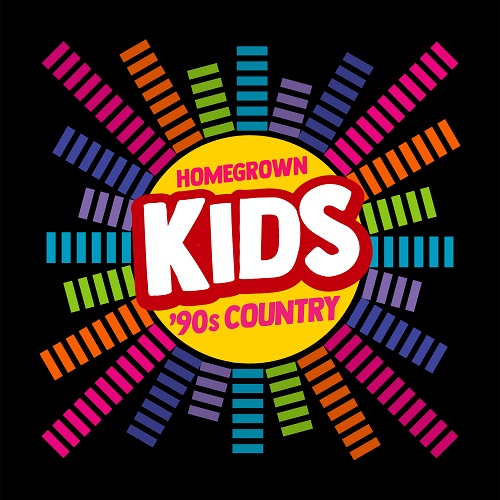 Homegrown Kids ‘90s Country is available everywhere digitally now via BBR Music Group/BMG. The compilation album featuring children performing 10 of the biggest Country hits from the 1990’s was conceived and crafted by award-winning hit songwriter and producer Ross Copperman. Pairing a diverse troop of some of the best youth vocal talent with Nashville’s world-class musicians and studios, this album will introduce the magic of 90’s Country to a new generation of fans.

“There is such a resurgence in ’90’s Country right now because it celebrates so many timeless themes and the energy of the kids and the love of that music of the parents is something that families can enjoy together,” said Copperman, executive producer of the Homegrown Kids.

Homegrown Kids’ ‘90s Country is the sequel to Homegrown Kids Country, Vol 1, Copperman’s first project of this nature, which featured kids singing a fun mix of current chart-toppers and longtime favorites, all in family-friendly style. Inspired by his own kids’ love of music and armed with the goal of creating a product that parents can be proud to leave on repeat, Copperman hand-selected songs that were not only are some of the most popular songs in Country music in the ‘90s, but most songs are embedded with a positive message– perfect for bringing families together and inspiring children to make their world a better place.

At the helm of the Homegrown Kids is one of the most prolific and influential songwriters working in Country today. Copperman is a skilled tunesmith with nearly twenty Country No. 1 hits to his credit and has produced chart-topping hits for Dierks Bentley, Brett Eldredge, Jake Owen, Keith Urban and many more. He is the reigning BMI Songwriter of the Year (2016 and 2017) and the winner of five CMA Triple Play Awards (CMA honor for songwriters who have penned three No. 1 songs in a 12-month period).