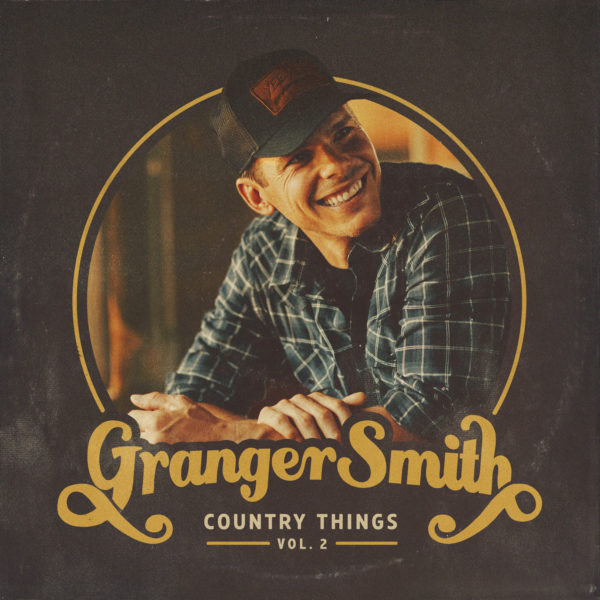 Nashville, TN – October 30, 2020 – Granger Smith today reveals November 27th as the release date of the second half of his highly-anticipated 10th studio album, Country Things. This release is part of a two-part album totaling a sum of 16 tracks (+2 bonus tracks on the physical album) that give fans a glimpse of Granger and his family’s current country-state-of-mind. The physical full-length album is available for pre-order now. In addition to the announce of his complete album, Granger announced he will be launching a contest for fans to win a chance at bringing home his very own truck! Five lucky fans will win a trip to the Yee Yee Farm in Texas and participate in a contest to win Granger’s truck (contiguous United States only).

Country Things is split into two parts but paints one whole picture. The full-length album is meant to be listened to like a rollercoaster ride. It has highs and lows and, in the end, leaves the listener satisfied. With songs on Country Things, Vol 1 such as “Hate You Like I Love You,” a mid-tempo song, and while the title may sound like a contradiction, it really makes total sense. They say the opposite of love is not hate; it’s indifference. Hate is actually a close relative of love and it takes the same passion and the same extreme emotional effort to hate as it does to love. This song shows the struggle of turning love into hate as a last resort to get over an unreciprocated love. Accompanying this song is the title track “Country Things.” Just as it sounds, this song lists an array of “country things” that hold true to what brings peace and a sense of home for Smith and his family. The album also includes a song called “Country & Ya Know It” and is exactly what the listener would expect to close out this first volume – a take on the popular kids’ song “If You’re Happy And You Know It”….with Earl Dibbles Jr.

While Granger’s good pal Earl Dibbles Jr. made one guest appearance on Vol 1 of this release, rumor has it he put his boot down to make himself more present on this half. Listen to Country Things, Vol 1 now and pre-save the second half of this full-length album HERE.

In conjunction with this announce, Granger announced on his socials today that he will be running a contest to giveaway his very own truck! This contest launched today and will run through December 4th at 11:59pm CT. For every $1 spent on the Yee Yee Apparel website is an entry to the contest. Five winners will win a trip to the Yee Yee Farm in Texas to meet Granger and compete to bring home his truck. One lucky winner will bring home the truck, while the others will receive mini prizes. Can you keep your hand on the truck the longest? Enter to win here: yeeyee.com/truck. Please note the terms exclude non-contiguous states Alaska and Hawaii.

The album and contest are just another layer of Smith’s multifaceted life. Smith has his own outdoor apparel company called Yee Yee Apparel in which they have been able to donate over $230,000 to various charities they feel passionate about with the revenue generated from this company. From his family YouTube show “The Smiths,” to well-known alter ego Earl Dibbles Jr., to his No. 1 book “If You’re City, If You’re Country,” to his Granger Smith Podcast, to his hero-honoring documentary “They Were There: A Hero’s Documentary,” to his work with The River Kelly Fund, the chart-topper continues to build a brand synonymous with those who cherish hard work and those who want to live life to its fullest.