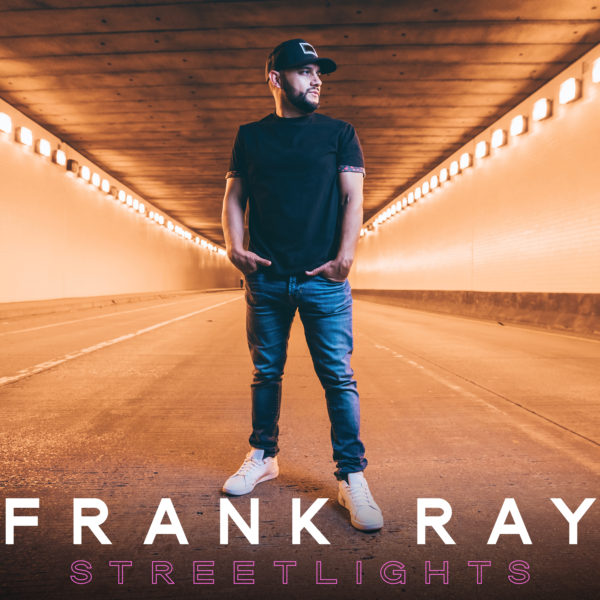 The romantic uptempo track, penned by Ray, his producer Frank Rogers and Bobby Hamrick is complemented by bouncing bass lines, bright horns, high strung guitars and Ray’s vocals, which are as friendly as they are seductive. The Boot, which premiered the lyric video today calls the tune “a Country story with Latin flair” as it captivated MusicRow, which awarded the song with the DisCovery Award for Single of the Week from a New Artist saying “Intriguing. Send more.”

“As an artist I always want to make something unique and dynamic and ‘Streetlights,’ with its rhythmic Latin vibe feels like I’m bringing something fresh to the Country music community, which is really exciting for me,” said Frank Ray. “I’m over the moon that it’s out in the world! Since we first wrote it, I’ve been fired up thinking about how much fun people would have listening to it—I can’t wait to see the reaction.”

In addition to being a talented songwriter and vocalist, Frank is a gripping entertainer, delivering engaging performances that are high energy and have a little something for everyone. It’s with this cross-cultural appeal that the Los Angeles Times proclaims Ray “is looking to stretch Country music’s cultural boundaries.” Last Wednesday he proved just that as he performed at The Country Radio Broadcasters dinner, to rave reviews.

“The beauty of this business is that magic sometimes falls out of the sky and that definitely was the case last Wednesday night. Frank Ray pulled off one of the very best new artist introductions I have ever seen. I could talk for hours about it, but I encourage you to ask anyone in attendance,” said Jon Loba, President BMG Nashville. “It was a truly special night I will never forget and one I think everyone in that room will for decades say, ‘I was there…’”

“Streetlights” and its lively groove, swelling chorus and bright fusion of sounds is the first taste of Frank’s new music, with additional tunes on the way.