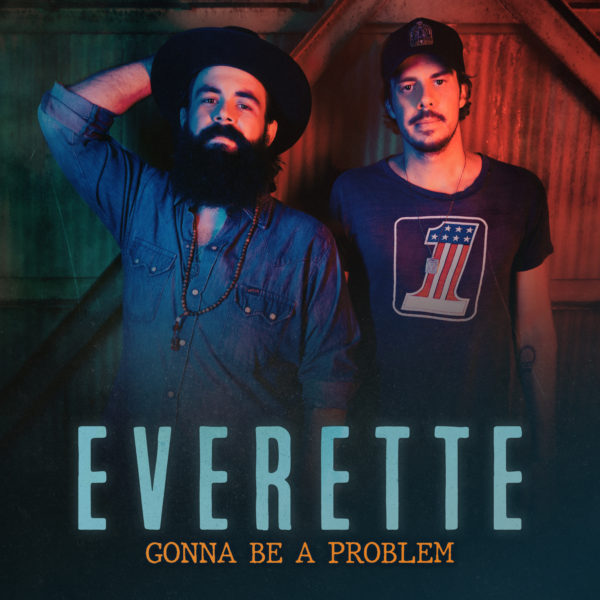 Hot off the heels of their Grand Ole Opry debut that received a standing ovation, Everette – comprised of Brent Rupard and Anthony Olympia – today releases their addictively catchy new song “Gonna Be A Problem.” Pumping the song with their Country as hell vocals, whiskey smooth harmonies and bluegrass, energetic beats, “Gonna Be A Problem” – written by Everette with Ryan Tyndell and Bryan Simpson – tells of the lengths we’ll go to for someone we’re interested in and how crazed it can make us. Listen now HERE.

Originally holding the song for himself, Jordan Davis heard the guys perform it live out on the road and was instantly blown away. He quickly convinced the duo to cut it and make it their own (as the original demo was more Pop-Country versus the back porch, twang Everette is known for).

“Since Jordan loved the song so much, we invited him to sing background vocals on it,” adds Rupard. “He came into the studio and killed it! We love how this song turned out, and we hope you dig it too.”

‘“Gonna Be A Problem’” puts a unique spin on the ‘boy meets girl in a bar’ song,” says Olympia. “With bits of our real life experience meeting our wives, it tells the story of that neon moment when you meet someone, and you immediately know they’re about to wreck your world in all the right ways.”

In celebration of the song’s release, Everette takes their “back-porch Rock and Roll” (Taste of Country) packed with “high-energy grooves and airtight harmonies” (Billboard) across the pond to perform at C2C this weekend. Then, the duo will join Brothers Osborne out on the road for their We’re Not For Everyone Tour.

Having perfected their signature sound of “soulful, laid-back twang-pop with clever lyrics and catchy hooks” (Rolling Stone), “Gonna Be A Problem” – produced by Ben Phillips – is out now. For more information on Everette, visit: weareeverette.com.