ELVIE SHANE’S EVOCATIVE “MY BOY” CAPTURES HEARTS AND NO.1 SPOT ON TIKTOK 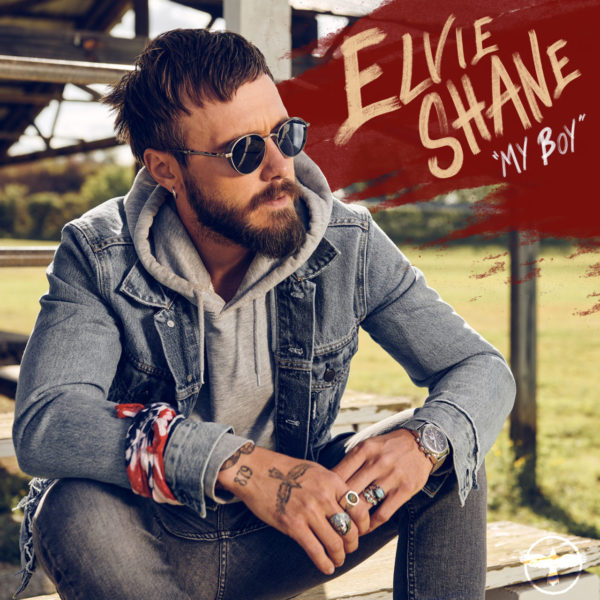 NASHVILLE, TN—(Sept 21, 2020) —BBR Music Group/Wheelhouse Records artist, Elvie Shane’s debut single, “My Boy,” today impacts Country radio, after pioneering a six-week virtual radio tour. With 26 first-week stations on, the tearjerker became the second most-added song in its debut week (behind Miranda Lambert), just as the song develops viral success on TikTok. The song, written as a heartfelt tribune to his stepson, has caught the attention of TikTok users and inspired a slew of heartwarming videos, pushing the song to No.1 on the platform’s Country chart. With videos garnering more than 15 million views and more than 775 million uses of #MyBoy, the track is seeing spikes on Shazam and other streaming platforms (more than 1.4 million streams in the US alone).

The tender ballad in which Elvie describes his unconditional love for his stepson, has turned to a celebration of blended and unconventional families. In addition to the Tik Tok videos that have illustrated just how powerful this song is, (view examples here, here and here if you want your heart warmed), families with adopted children, surrogate parents and other non-traditional family dynamics have been reaching out to the singer/songwriter, sharing their stories and attachment to the song.

“I’m touched at the response people have had to this song already—it was born out of something so simple and genuine—we call it a ‘God song’ because it just kind of fell in our laps,” said Elvie Shane. “I’m thrilled to have such a special song out on Country radio too, we’ve been talking to stations across the country for the past few weeks—I just feel like there is no better time than now to put a little more love out into the world.”

Elvie has bravely become one of the first Country artists to launch a debut single to radio in the Covid-era. Wanting to convey what an incredible, high-energy entertainer Elvie is, while remaining socially responsible, and make meaningful connections with the Country music community, BBR Music Group reimagined the traditional radio tour. The innovative approach involves customized, high-quality live-streamed, full-band performances and video chats, which deliver extraordinary experiences for the viewer and will likely become the model of radio tours for the foreseeable future. For six weeks straight, Elvie has performed roughly five full-band shows per day—miraculously maintaining his stamina, gaining believers and setting the bar high for future newcomers.

The family-inspired single shows the softer side of the muscle cars and electric guitar-loving singer-songwriter who credits Steve Earle, John Fogerty and Roger Miller as his biggest influences. The Kentucky native’s music, whether it features tear-jerk moments or heavy guitar licks, is centered around lyrical storytelling with heart, nostalgia and hardship— with a side of food for thought.