MAKES ANTICIPATED RETURN TO THE STAGE WITH FIRST HEADLINING PERFORMANCE THIS YEAR SPECIAL GUESTS JORDAN DAVIS, HARDY, AND BRANDI CYRUS POP UP ACROSS THE STRIP WITH SURPRISE APPEARANCES BY MACKENZIE PORTER AND CONNER SMITH 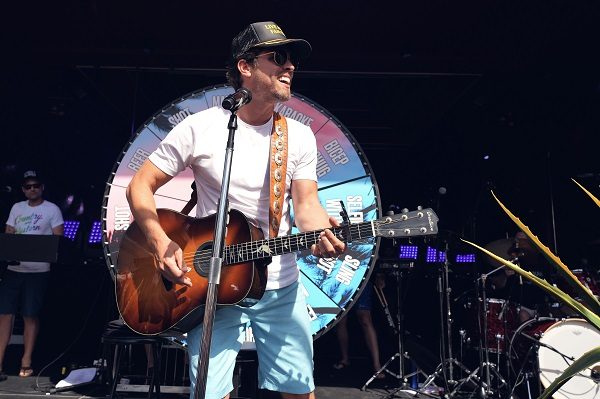 “What a rush! Year 1 of the Pool Situation was certainly a situation – in the best way possible. We live for that connection of all being on the same wavelength to celebrate, forget about the real world, and just live in the moment,” shares Lynch. “Our mission this weekend was to give our fans the best weekend possible, and want to come back and do it again and again. It sure feels like we accomplished that, along with a bunch of ideas to make next year even bigger and better.”

Lynch kicked off the SOLD-OUT multi-day event at Drai’s with the “Where It’s At” Welcome Party on Thursday (6/3), fueling all the neon-lit spirit with a supercharged DJ set by Cyrus. Partying AM-to-PM, he headlined Friday’s (6/4) “Cowboys and Angels” Pool Party at Encore Beach Club, following high-energy sets by Davis and Cyrus. Performing for the first-time this year with a full band, Lynch played TULLAHOMA hits “Ridin’ Roads,” “Good Girl,” and “Momma’s House,” plus a slew of other fan-favorites since his 2012 breakout. The Country party-starter premiered his new single “Thinking ‘Bout You” and invited collaborator Porter to join him onstage. Porter teamed up with Lynch for a few songs, as he treated fans to additional duets with Davis and Smith – covering “It’s a Great Day to Be Alive” and “Feathered Indians” respectively.

Dialing it all the way up on Saturday (6/5), Lynch emceed a Topgolf Competition and caught-up with guests during an impromptu meet-and-greet, before shutting down the bash with “The Last Lap” Closing Party at DAYLIGHT Beach Club at Mandalay Bay. Pumping up the crowd with HARDY’s rowdy set, Lynch topped-off with an encore of their never-before performed live “Boy From the South” – off HARDY’s acclaimed HIXTAPE VOL. 1 – and matched for HARDY’s “UNAPOLOGETICALLY COUNTRY AS HELL.”