ON THE MUSIC PLATFORM
—
SURPRISES CMA FEST WITH POP-UP PERFORMANCE AT NISSAN STADIUM IN NASHVILLE, TN
—
PARTY MODE TOUR ROLLS INTO THE FALL 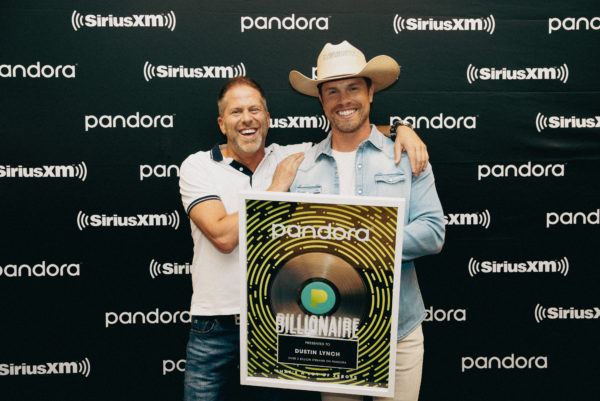 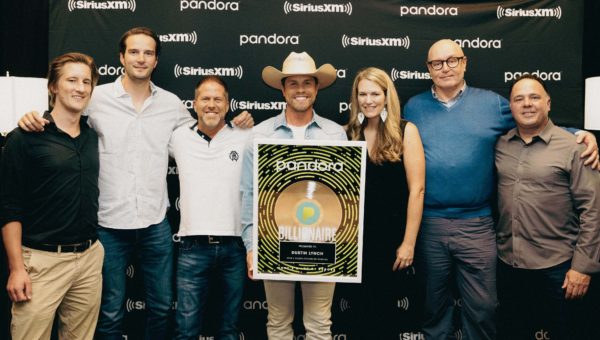 Shortly before surprising CMA Fest goers with a pop-up performance during Thursday’s (6/9) nightly concert at Nissan Stadium in Nashville, TN, Broken Bow Records star Dustin Lynch got a surprise of his own backstage with a plaque presentation by Pandora. Awarding him with the elite BILLIONAIRE honor, Lynch has surpassed two billion lifetime spins since his 2012 breakout. Lynch now joins other billionaires on Pandora’s Country Billionaires station.

“Wow, this is such an honor. Pandora, thank you so much for sharing my music all around the world,” shares Lynch. “It’s been 10 amazing years of reaching milestone moments and this is definitely one I won’t forget! I’m constantly blown away by the continued support from everyone, especially fans, and I’m just so grateful. We’re only getting started!”

Taking the excitement to the satellite stage, Lynch was joined by MacKenzie Porter to play their PLATINUM, six-week #1 collaboration “Thinking ‘Bout You” – the longest-running Top 10 in Billboard Country Airplay chart history at 28 weeks – in the middle of the 50K crowd. Watch Lynch’s CMA Fest video recap here.

Buzzing with cans-up freedom on latest single, “Party Mode,” off fifth studio album BLUE IN THE SKY, Lynch is electrifying Country radio at Top 25. Continuing his PARTY MODE TOUR into the fall, find a complete list of tour dates and tickets on sale now at DustinLynchMusic.com.