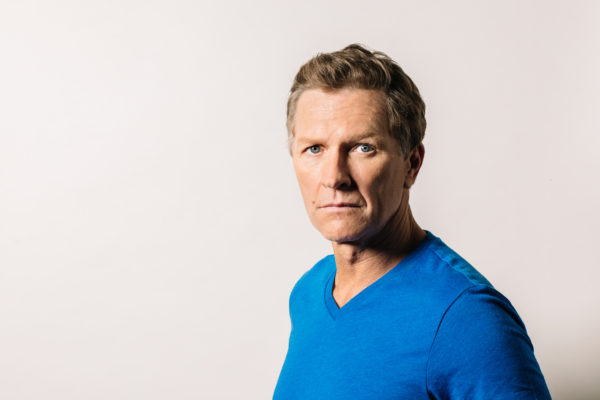 Nashville, TN — November 6, 2019 — Following his 3rd annual Veterans Day show at City Winery Nashville over the weekend, country music star and 17-year Army and Army Reserves veteran Craig Morgan will travel to New York City to share “The Father, My Son, And The Holy Ghost,” his faith-filled tribute to his son, Jerry, on TODAY with Hoda & Jenna. Watch Craig’s TODAY appearance on Tuesday, November 12 on NBC and find tickets to his Sunday, November 10 City Winery Nashville concert HERE. That same week, Craig will appear as a presenter at “The 53rd Annual CMA Awards,” airing live Wednesday, November 13 at 8/7c on ABC.

“The Father, My Son, And The Holy Ghost,” which Music Row proclaims as a “breathtaking reminder of just how moving great country singing and songwriting can be,” has twice topped the country charts since its release on August 30. The song first made national news this fall, hitting No. 1 on iTunes All Genres Top Songs chart in addition to the Top Country Songs chart with the support of longtime friend and fellow Opry member, Blake Shelton. Shelton launched an unprecedented twitter campaign in support of the song he says he would “gladly give up (his) spot on country radio for.” The viral push gained support from several other artists and celebrities including Blanco Brown, Kelly Clarkson, Luke Combs, Carson Daly, Ellen DeGeneres, Charles Esten, Larry The Cable Guy, Angie Harmon, Gwen Stefani, Cole Swindell, The Today Show and more. In September, Craig reunited with BBR Music Group’s flagship label Broken Bow Records, his record label home for more than six years, and the song again returned to the #1 position on Nielsen Soundscan’s Digital Country chart following his October performance on “The Kelly Clarkson Show.”

Listen to “The Father, My Son, And The Holy Ghost” HERE.

About Craig Morgan: A multi-faceted entertainer, Craig Morgan has made a name for himself as a country music icon, TV personality, celebrated outdoorsman and patriotic Army veteran. One of country music’s best-loved artists, Morgan has charted 25 songs on Billboard and thrills massive crowds with signature hits including “Bonfire,” Almost Home,” “Redneck Yacht Club,” “International Harvester,” “This Ole Boy,” “Wake Up Loving You” and the four week #1, “That’s What I Love About Sunday.” Most recently, Morgan released his first new music in over three years, the faith-filled tribute to his son Jerry — “The Father, My Son, And The Holy Ghost.” The song hit No. 1 on iTunes All Genres Top Songs chart as Blake Shelton led a viral campaign that gained support from the entertainment community. He’s reunited with BBR Music Group’s flagship label Broken Bow Records, his record label home from 2002 to 2008, for upcoming new music.