Headlining concert tour will follow the release of his memoir — God, Family, Country – out September 27 on Blackstone Publishing 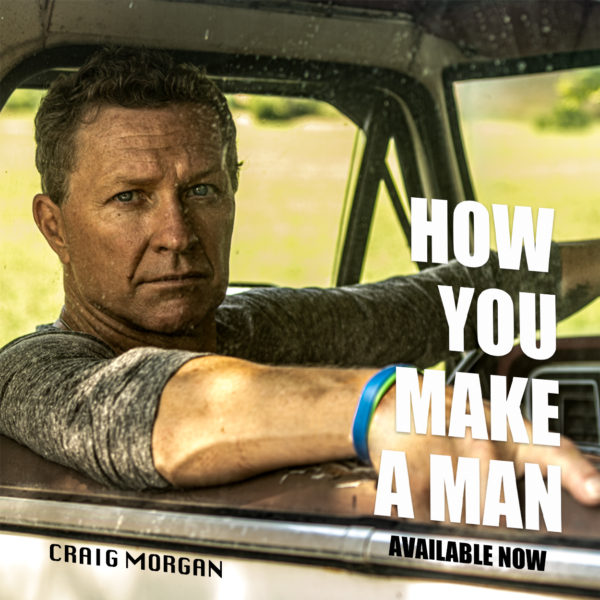 Craig Morgan, Army veteran, Country music hit-maker and star of the CBS series Beyond The Edge, is back with another career song. “How You Make A Man,” written by Michael August, Megan Conner, and Skip Black and produced by Phil O’Donnell, is available starting today, August 5, on all platforms HERE. The song delivers hard-hitting lyrics with Craig’s iconic voice, leaning on the wisdom gained through life’s triumphs and tribulations. “How You Make A Man” is set to impact country radio on August 29.

“This song makes a powerful statement about how you have to go through things, and sometimes experience difficult things in life, to become a better human,” shares Craig.

“How You Make A Man” is the lead track from his upcoming God, Family, Country (Deluxe Edition) set to release on November 11, 2022.  The project, aptly releasing on Veterans Day and coinciding with his headlining show at Nashville’s iconic Ryman Auditorium, features 14 tracks including four previously unreleased songs and will be available for pre-save/pre-order in the coming weeks.

In support of the album, Craig will launch his headlining Operation Finally Home Welcomes “God, Family, Country Tour 2022” with Craig Morgan this fall, playing eleven theater and auditorium dates in October and November. Kicking off October 19 in Green Bay, WI, he’ll be joined by country hit-maker Ray Fulcher to open the shows. Tickets are on-sale now at CraigMorgan.com.