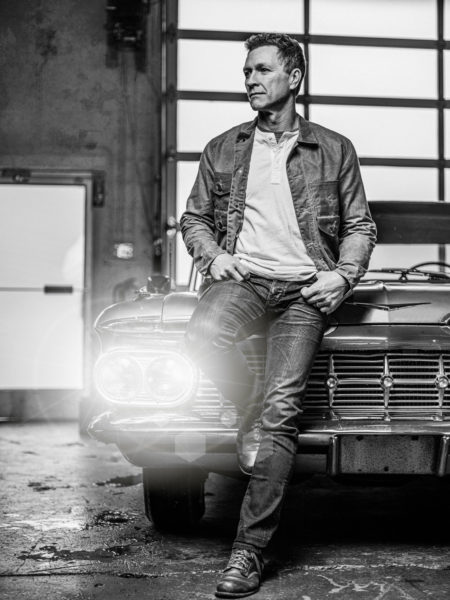 Nashville, TN — March 27, 2020 — Country music entertainer, TV host and Army Veteran Craig Morgan pays tribute to his past and his future with his newest album, God, Family, Country — releasing May 22, on Broken Bow Records. God, Family, Country combines five new songs with remastered versions of some of the most powerful tracks he recorded for Broken Bow from 2002 to 2008, combining his past hits mixed with future signatures, including his faith-filled tribute to his son Jerry, ““The Father, My Son, and the Holy Ghost.” In time for Memorial Day, Craig offers his take on Gavin DeGraw’s smash, “Soldier.” He also teamed up with active duty Army Airborne Rangers Justin Wright and Andrew Yocovone to offer up the summery “Sippin’ On The Simple Life.”

“This album is based on everything that’s happened in my life and my career,” Craig says. “I feel like I have some of the most quality songs I’ve ever recorded, and there is a new energy here. After all I’ve been through, I’m at one of the most inspired places I’ve ever been.”

Starting today, immediately receive two songs from God, Family, Country — “The Father, My Son, and the Holy Ghost” and “Going Out Like This” — when you pre-order the record on all major platforms at https://craigmorgan.lnk.to/godfamilycountryPR. And watch live today at 5pm eastern / 4pm central as Craig hosts a Facebook Live performance and Q&A from The Gallery at Morgan Farms in Dickson, Tennessee, sharing songs and stories from his upcoming album.

In addition to new music, Craig premiered his new docuseries, Craig’s World, on Circle Network earlier this month as new episodes air every Thursday at 8pm/7pm central. For more details and to find out if Circle is available in your market, please visit www.CirclePlus.com.