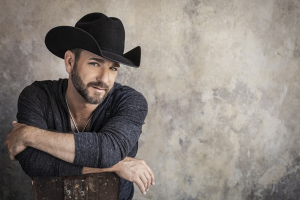 The single captures a fire burning between two people who keep their love alive all night long, without regrets or consequences. “Tomorrow Tonight” marks the first time Campbell has starred as the romantic lead in his own music video.

Fans can check out the exclusive photo and video content for the next 24 hours by adding ‘iHeartRadio’ on Snapchat.

Co-written by Campbell alongside Justin Wilson and Vicky McGehee – and produced by Jeremy Stover – “Tomorrow Tonight” is available at digital retailers here.

“Tomorrow Tonight” marks Campbell’s first release under BBR Music Group’s RED BOW Records. The talented singer-songwriter is currently at work on his third album and will be touring the U.S. throughout the summer.

ABOUT CRAIG CAMPBELL:
Campbell launched on to the Country music scene with the release of his self-titled debut album (2011) delivering the hits “Family Man,” “Fish,” and “When I Get It.” To date, he has logged four consecutive charted hits with over a billion radio airplay audience impressions and over a half million downloads. Acclaimed as one of the genre’s most neo-traditionalist singers, his Top 15 breakout debut “Family Man” was featured on HBO’s True Blood and the top-selling fan-favorite “Fish” has tallied nearly 400,000 digital copies sold. Most recently, Campbell earned his first Top 10 smash with the infectious “Keep Them Kisses Comin’” from his sophomore album NEVER REGRET (2013) produced by Keith Stegall (Alan Jackson, Zac Brown Band) and Matt Rovey (CCMA Album Of The Year Producer). The gifted songwriter co-penned six of the tracks on the twelve-song project as well as Garth Brooks “All American Kid” on MAN AGAINST THE MACHINE. Prior to landing his first record deal, the Lyons, GA native spent time on the road playing keyboard for both Tracy Byrd and Luke Bryan – shows that inspired him nightly. He was soon discovered while playing a regular gig at the downtown Nashville honky-tonk, The Stage.