Inspired by the 1980s, Sykamore Releases the Song and Lyric Video for Her Second of Three Monthly Releases 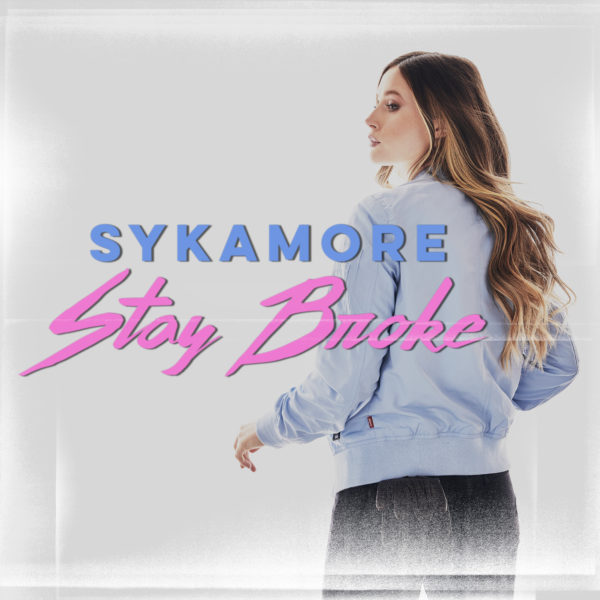 Country-Pop singer-songwriter Sykamore releases her new track “Stay Broke” and accompanying lyric video today. This song comes on the heels of her track “Cheap Thrills” and is the second in a trio of planned monthly releases. Released via Music Knox Records/Wheelhouse Records, the track is available everywhere digitally today and the lyric video is now live! Listen HERE.

Embracing 1980s pop culture Sykamore wrote “Stay Broke” inspired by high school dance scenes often found in John Hughes movies – like Pretty In Pink and Sixteen Candles. “I wanted to explore this idea of being unapologetically in love – for better or for worse – even if it means being broken,” says Sykamore. “And I feel like that is a very kind of teenage way to look at love, when someone would rather stay broken and feel what they think is love than have to move on and piece yourself back together.”

Originally discovered via Twitter by veteran songwriter Rhett Akins, the vulnerable lyricist has shared bills with artists ranging from Miranda Lambert to Josh Ritter, and she was recently named a CMT 2020-2021 “Listen Up” Artist.