Schneider Heads Out on His 2022 College Town Tour
Starting on Tuesday, March 22 at The University of Florida

Watch the Visualizer for the Title Track HERE 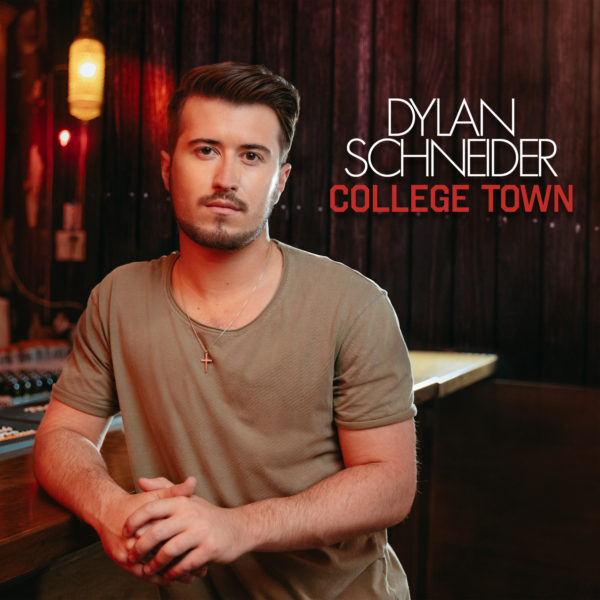 “Country music’s next rising star” (Billboard), Dylan Schneider today releases his new five-track EP, College Town. Being in the music industry since his teens, most forget he’s only 22 years old, a college senior if he weren’t chasing different dreams. Celebrating his age, Schneider’s new project features two fresh tracks, the reminiscent “College Town” and down-home rocker “Girls Country,” along with the previously released “Lost in A Small Town” that Parade called a “Pop-Country gem,” “21 & Over” that “exhibits an impressive evolution of his artistry” (American Songwriter) and “Right Girl” that captures his signature “Country swagger” and “rapid-fire singing style” (Billboard). Listen now HERE.

The “rising Country music star” (Celeb Secrets Country) will also kick off his 2022 College Town Tour next week, March 22, where he will visit eight different colleges across the Southeast. He will perform for sororities on each campus then embark on a bar crawl around that “college town,” where he’ll shut the bar down with a surprise performance at the last spot. The party starts at the University of Florida in Gainesville on Tuesday, March 22, and will hit the University of Alabama, Auburn University, Florida State University, University of Georgia and more.

“I can’t wait for the world to hear some of the music that I’ve been working on for the last couple of years,” says Schneider. “This project represents the good times, the bad times, and everything in between. I’m looking forward to hitting the road on the College Town Tour, playing at sororities and bars across each campus and getting the true college experience.”

Brought to life by a bright melody and nostalgia-filled lyrics, the EP’s title track “College Town” finds the protagonist thinking back to a past relationship and all of their fun-filled adventures, recognizing he “hates that college town” because of her.

Then, Schneider’s rockabilly pops off with the straight-talking party starter “Girls Country,” a bold, loud Country anthem that’s ready to be turned up to ten.

Showcasing his ample growth as a songwriter, “Lost In A Small Town” is a slow-rolling anthem with a heart-pumping pulse and searing-hot vocals. “His vocal prowess punctuates the driving groove and urgency of this masterfully written song,” praises Parade. Pushed off the emotional map, Schneider sings of a breakup that turned his life upside down – and made his overly familiar small town feel suddenly foreign. And he does it all with a unique rush of dark, roots-Pop energy.

Boasting “a more mature sound” (American Songwriter) from the “Artist to Watch” (Taste of Country, Sounds Like Nashville), the wistful ballad of “21 And Over” overflows with melancholy nostalgia. Growing up and growing apart from a teenage love, the bittersweet song gently presses that time moves too fast — blink, and it’s gone. The track is also symbolic of Schneider’s own journey, writing the song during a time of vast uncertainty, when he was fighting to keep his future in music on the right path forward.

And on “Right Girl,” Schneider cleverly takes a trip down memory lane, wishfully pining for what used to be. The backroad-cruising play-on-words track is the project’s only outside cut and was penned by Morgan Wallen, Nate Kenyon and Simon Gugala.