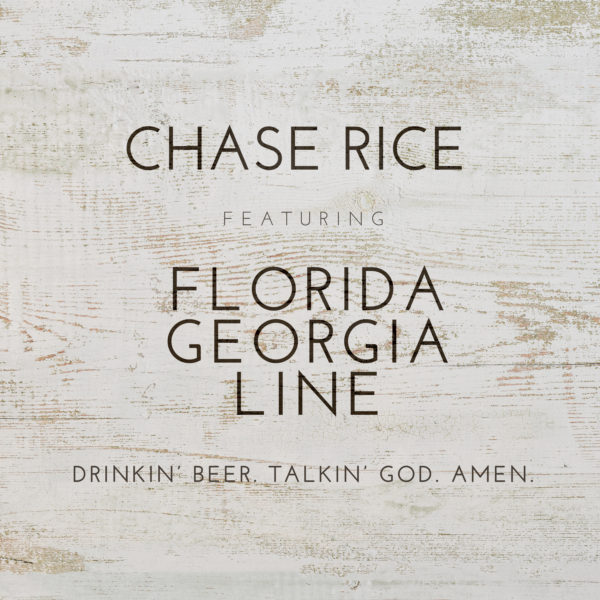 Written by Rice together with Hunter Phelps, Cale Dodds and Corey Crowder, the song’s catchy lyrics celebrate the power of slowing down to enjoy quality time and conversation with friends, which has become more relevant this year than ever before:

I don’t know what heaven looks like, nah I don’t think anybody does

Killing time livin’ life with some down home friends

When the world’s gone crazy man it all makes sense

“We actually wrote this song before the pandemic, which is crazy because it’s almost like God was intervening in the song just to say, ‘Hey y’all, get ready. You’re gonna have a lot of time to sit around a fire, drink some beer and hang out with me,’” notes Rice. “It’s a special song in that way because it really is a celebration of what 2020 became for us and a lot of other people — slowing down to enjoy these moments with our loved ones and having deeper, more meaningful conversations with each other.”

The collaboration serves as another example of Rice’s desire to share new music with fans more frequently than traditional album cycles allow, as it follows four-song surprise project The Album Part I (featuring Top 10 hit “Lonely If You Are”) and seven-song follow up The Album Part II, both released earlier this year.

Produced by Florida Georgia Line, Crowder & Rice, the collaboration was a long time coming for Rice and FGL’s Brian Kelley and Tyler Hubbard who first worked together more than 10 years ago as eager songwriters new to Music City.

“Brian actually helped me finish the first song I ever wrote, which was about my dad when he passed away, and I knew right then that I loved making music,” shares Rice, who first befriended Kelley when the two were toddlers in Daytona Beach, Florida. “When I moved to Nashville, we lived in a house together with Tyler where we all worked on songs constantly. These lyrics are literally what we did; sitting around fire pits talking about music, talking about life – and now we’re talking about it a decade later in a song that a lot of people are going to hear, which is pretty special.”

FGL’s Hubbard and Kelley shared, “We are so excited to be on this jam with our boy Chase. We’ve dreamed of being on the radio together ever since we were roommates 10 years ago. This song is the perfect one for us, as we often find ourselves drinking beer and talking God when we get together. We hope this brings lots of good times and great conversations. Cheers to making music with friends!”

Rice, who also achieved chart-topping success for back-to-back weeks in 2019 with Double-Platinum certified hit “Eyes On You,” performed the first in a trio of live stream concerts last night, beginning with a solo acoustic performance which will continue with a full band acoustic show this Sunday, Dec. 6 and culminate with a full production performance including the chance to hear “Drinkin’ Beer. Talkin’ God. Amen.” live on Sunday, Dec. 13. For more information and to purchase tickets starting at $10 per show, visit www.chaserice.com.