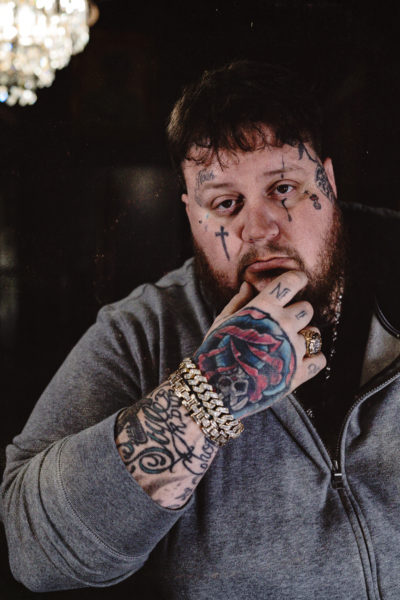 Stoney Creek Records/BMG singer/songwriter Jelly Roll finds himself at the top of Billboard and Mediabase’s Rock chart for the second week in a row with “Dead Man Walking,” his first #1 at radio. Simultaneously, Jelly Roll’s single “Son Of A Sinner” is currently Top 30 and climbing at Country radio, making Jelly Roll the first artist to top the Active Rock charts while having a Top 30 single at Country radio with his first song chart debut on each (Billboard). “To call Jelly Roll’s energy contagious would be to undersell the Rock and Rap veteran’s spirit. Those who question his intentions as he makes his first round of introductions with Country fans and media are just showing their own bias. The guitars that pull along his new vocal ballad are as authentic as anything heard on Country radio today” (Taste of Country).

This comes after last week’s announcement of the Nashville native’s first-ever headlining show at Bridgestone Arena. In a front page story of the Tennessean, the Billboard Emerging artist spoke about his humble beginnings and what it means to play his hometown arena. “I love Nashville because it molded me. The eclectic-ness of this city made it where I’m able to mix Rap with Country music and Country with Rock music,” said Jelly Roll. “Every single night [on tour] there’s a moment on stage where I’m overwhelmed with gratitude and also the feeling of accomplishment of what my original goal was: to help people with music.”

Jelly Roll’s Bridgestone Arena show will take place December 9, 2022, with proceeds from the show going toward Impact Youth Outreach. Jelly Roll recently sat down with Bobby Bones, where he candidly spoke about his background before referencing the upcoming show and what it means to him to be able to give back to the community. General on sale tickets to Jelly Roll’s Bridgestone Arena show go on sale May 20th, and more information can be found at jellyroll615.com.

After independently building his fanbase, Jelly Roll has garnered more than a Billion streams and earned praise for the depth of his songwriting, with Billboard noting, “his music takes those raw, unreserved verses and melds elements of Country, Rock, and Hip-Hop into his own signature style” and American Songwriter adding, “with powerful tunes like ‘Son of a Sinner’ and ‘Sober’ it’s clear that when it comes to music, Jelly Roll’s heart is often right—singing with a profound amount of emotion and tact, the songs and their revealing lyrics soar to brilliantly uplifting heights, shining light onto some of life’s darkest circumstances.”  His first No. 1, “Dead Man Walking,” has more than 10 million streams and counting, and his latest single, which was most added on Country radio at its debut, “Son of a Sinner,” has already racked up 25 million on-demand streams. Averaging more than 200 shows a year and having released more than two dozen albums, Jelly Roll shares his hard truths and struggles directly and intimately with his dedicated fans, who hang on his every word, leading to millions of views with each video he posts. In addition to previously announced dates with Shinedown on tour late this summer, Jelly Roll announced earlier this month that he will be joining forces with Brantley Gilbert for the “Son of the Dirty South Summer Tour” kicking off in Jacksonville, FL on June 30. For more information on all tour dates including tickets to Jelly Roll’s Bridgestone arena show visit jellyroll615.com.