on Thursday, April 21 at FirstBank Amphitheater 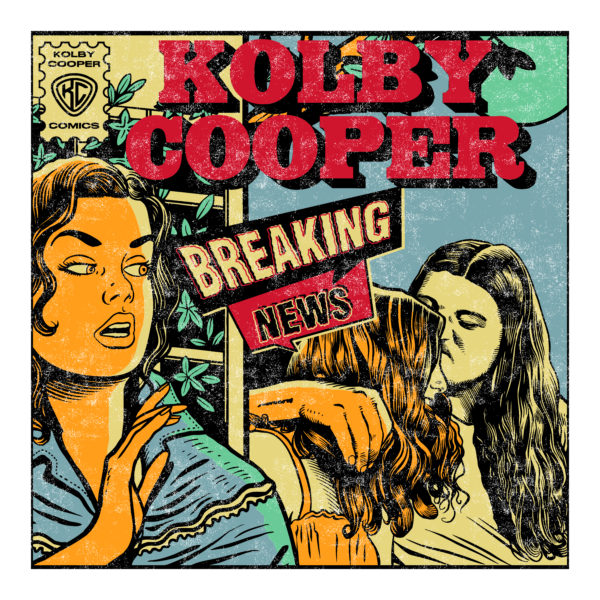 “Country music’s newest badass” (People), Kolby Cooper today releases his newest scorcher “Breaking News” via BBR Music Group / Wheelhouse Records in partnership with Combustion Music. Continuing to feed his rabid fanbase, the new heater gives a blunt reality check to an ex when a guy walks into a bar with a new girl already on his arm and follows the success of his label debut EP, Boy From Anderson Country. Listen to “Breaking News” now HERE.

After watching his friends go through toxic relationships, “Breaking News” was born from Cooper’s desire to write something heavier and brutally honest, admitting, “The song wrote itself and in record time. I came in with the idea, and it just sort of fell out from there, and when I left that session, it felt like the song was meant to happen.”

Produced by Phillip Mosley and written by Cooper, Troy Verges and Jake Mitchell to be a sense of comfort to fans, Cooper says, “I hope people hear this song and realize how much better their lives are once they get rid of that toxic person in their life and let in someone who really cares for them the right way. I write my songs from watching my friends and family, and I’ve seen this happen firsthand and hope it helps others who are in similar situations.”

Known for his cut-throat but highly relatable break-up anthems and uncensored lyrics, “Cooper has already made quite the name for himself” (American Songwriter), writing songs that fans sing back to him from the very first note, including just-released tracks. “Blazing a trail to stardom” (People), “there’s one thing for certain about Cooper…the man is versatile as all hell. He can have you hyped up through the roof or have you crying in your beer at the corner of a bar on a Friday night” (Whiskey Riff).

Proof from his sold-out headlining shows and 185 million on-demand streams, “If you’re not on the Kolby Cooper bandwagon, you’re already late to the party” (Whiskey Riff).  At only 22 years old, Cooper’s authentic and honest personality has built an undeniable connection with his rabid fanbase, which is a testament to his extremely active engagement on social media and consistent promise to regularly release new music and drop new episodes of his “To The Moon” YouTube series, which highlights his life out on the road.

Currently on his own headlining tour schedule, Cooper is also opening for fellow rough and rowdy Country outlier Koe Wetzel on select dates, which includes a stop in Nashville on Thursday, April 21 at FirstBank Amphitheater.