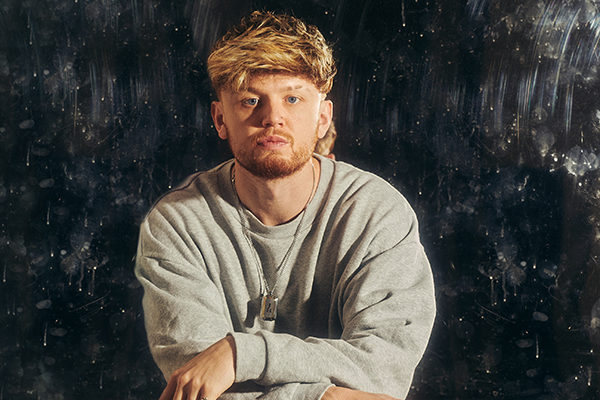 BMG today announces the signing of singer-songwriter Jordan Harvey. Already signed to BMG as a songwriter, the multi-instrumentalist (piano, drums and guitar) now joins the talented roster as an artist.

Growing up in Edinburgh, Scotland, Jordan began working in a local recording studio at 16 years old. After moving to London and studying music at Tech Music School, Jordan headed back home to Edinburgh, where he opened for Simple Minds as a member of the OK Social Club. By 2016, he was playing his own shows as a solo act, and by 2017, he was singing on BBC One — the UK’s most-watched TV channel — as a contestant on the singing competition Let It Shine.

“We’ve known Jordan for years and there has always been a special magic about him that lights up a room,” said Jon Loba, President, BMG Nashville. “We’re excited to see his creativity flourish and where his talent leads him.”

Seeing his talent, Jordan’s father encouraged the multi-instrumentalist to follow his passion across the pond and chase his dreams in Music City. A mere days later Jordan found himself couch surfing in Nashville and eventually landing himself a gig cutting his teeth playing the graveyard shift at some of the city’s most popular honky tonks before joining King Calaway’s roster where he’s gained experience opening for Garth Brooks and a host of shows including Jimmy Kimmel Live!, The Late Late Show with James Corden, TODAY,  The Kelly Clarkson Show and the internationally-acclaimed show Neighbours.

“I couldn’t ask for a better birthday present—since day one the people at BMG have become family and I can’t imagine entering this next chapter with any other team,” said Jordan Harvey. “I am so grateful for their relentless support and especially Loba for believing in me.”

Harvey is currently focused on writing with new music anticipated this year.