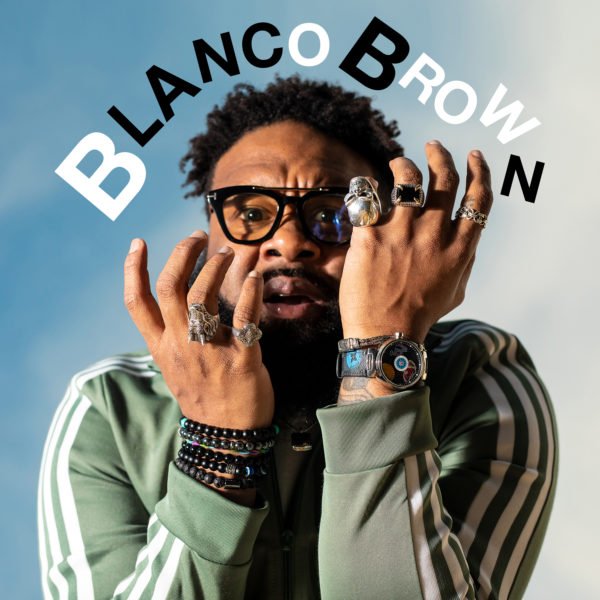 Blanco Brown’s “The Git Up” has taken the world by storm as it climbs seven positions into the Top 25 on the Top 40 radio Chart and the remains the top-selling digital Country song in the United States this week via Nielsen Music (and second-selling song all-genre) for its fifth week. Reclaiming the #1 spot on Billboard’s Hot Country Songs Chart, for its third week, the track is also the #1 most-Shazamed Country song both in the US and globally (surpassing more than one million Shazams). Additionally, “The Git Up” has claimed several positions on other Billboard charts including: #1 Country Streaming Song (five weeks), #1 Country Digital Song Sales (five weeks), #18 The Hot 100 and #31 Pop Songs.

Praised for his unique live performance, with Rolling Stone naming him one of their CMA Fest 2019 “20 Best Artists and Shows We Saw,” Blanco will perform “The Git Up” at the Teen Choice Awards, on August 11. Watch Blanco perform at the star-studded two-hour LIVE event at 8pm ET on FOX.

The viral track USA Today said has “infrastructure in place to turn his viral success into a big breakout summer,” was shared on April 26 via SoundCloud, along with a social video of Blanco performing the dance which has since spawned nearly three billion viral views and millions of user-generated videos using #TheGitUpChallenge. He has also been featured in a myriad of additional publications including TIME Magazine, Los Angeles Times, New York Times, NPR, Genius, Taste of Country, and Complex.

His music, inspired by his youth growing up in the projects in Atlanta during the school year and rural Georgia during the summers, draws upon the rawness and storytelling abilities of his two biggest musical influences, Johnny Cash and Outkast, to seamlessly blend Country and hip-hop music.